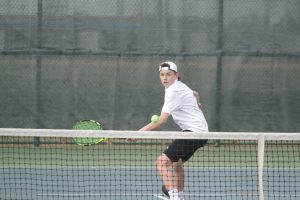 The Valley boys' tennis team remained unbeaten with a 7-4 victory over Ankeny Centennial on Thursday at the Prairie Ridge courts. The Tigers won four of the five doubles matches after the two teams split the six singles contests. "We knew we needed at least three wins in singles, which we got from Will Blevins, Sam Marold and Ryan Lofgren," … END_OF_DOCUMENT_TOKEN_TO_BE_REPLACED 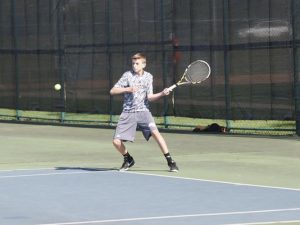 A run of three consecutive winning seasons came to an end last year for the Ankeny Centennial boys' tennis team, which struggled to a 4-7 record during a rebuilding campaign. Now, Centennial coach Tami Lewton is hoping for a bounce-back year in 2018. "We are really hoping to improve on our record from last season," Lewton said. "We graduated a ton of … END_OF_DOCUMENT_TOKEN_TO_BE_REPLACED 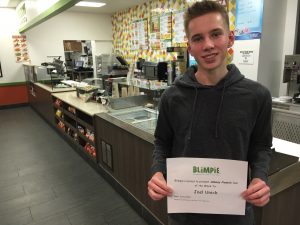 Junior Joel Unick of the Ankeny boys' bowling team is the Ankeny Fanatic Sub of the Week sponsored by Blimpie. Unick helped the Hawks to a 2-8 record this season. He bowled a 346 series at the district meet on Feb. 13 at Wayward Social in Marshalltown. Unick posted a 334 average under first-year coach Jim Robidoux. … END_OF_DOCUMENT_TOKEN_TO_BE_REPLACED 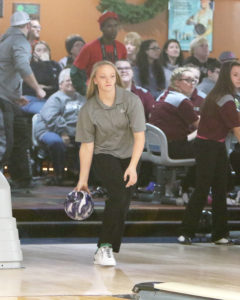 The Waukee bowling teams entered Monday's dual meet against Ankeny with more than just a home alley advantage. The Warriors have also benefited from a huge disparity in practice time. "They practice four times a week for 90 minutes in their home bowling center, and it really showed tonight," said Ankeny coach Jim Robidoux. "They had more practices … END_OF_DOCUMENT_TOKEN_TO_BE_REPLACED