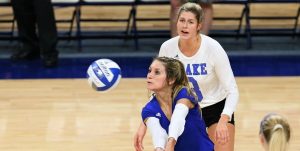 Drake volleyball standout Kylee Macke, a former Ankeny Centennial star, has been named the Missouri Valley Conference Defensive Player of the Week, the league announced on Monday. The junior libero helped Drake to two wins over the weekend at the Drake Invitational. The Bulldogs improved to 4-2 on the season. Macke led Drake with 56 digs in three … END_OF_DOCUMENT_TOKEN_TO_BE_REPLACED

Check out the latest edition of the Ankeny Fanatic weekly podcast sponsored by the Ankeny office of Iowa Realty. Dave Whims stopped by to discuss his return to the Ankeny volleyball coaching job with Ankeny Fanatic publisher Dan Holm, who also interviewed Jaali Winters about her first professional volleyball season overseas and Drake libero Kylee Macke about … END_OF_DOCUMENT_TOKEN_TO_BE_REPLACED 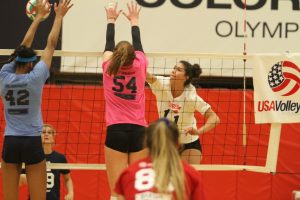 The game of volleyball has taken Kylee Macke and Jaali Winters all over the United States. Earlier this month, the sport brought the former Ankeny Centennial teammates together at the U.S. Olympic Training Center in Colorado Springs, Colo. The duo was among more than 230 student-athletes from 90 colleges and universities who participated in the 2018 U.S. … END_OF_DOCUMENT_TOKEN_TO_BE_REPLACED