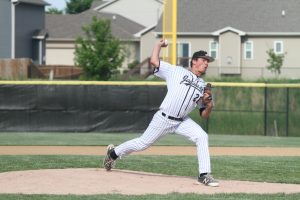 The ninth-ranked Southeast Polk baseball team entered Friday's doubleheader at Ankeny Centennial with an impressive 6-0 record that included a win over No. 1 Johnston on Wednesday. The Rams returned home after suffering their first two losses of the season. Centennial posted a 4-2 victory in the completion of a game that was suspended on Tuesday due to … END_OF_DOCUMENT_TOKEN_TO_BE_REPLACED

Casual fans of the Ankeny Centennial baseball team probably won't recognize many names on the Jaguars' roster. Centennial posted a 27-15 record last year under coach Mark Hey, but the Jaguars were hit hard by graduation. "We lost 16 seniors last year, and all 16 played a pretty significant role," said Hey. "The guys that are seniors this year have done … END_OF_DOCUMENT_TOKEN_TO_BE_REPLACED