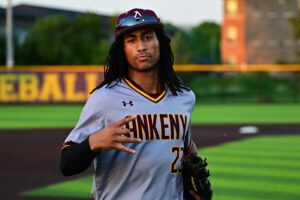 Ankeny defensive back Jamison Patton has verbally committed to play football for Iowa State. Patton announced his decision via Twitter on Monday. He tweeted: "STAYING HOME #CyclONEnation". Patton transferred to Ankeny in the spring from Des Moines Roosevelt, where he starred as a dual-threat quarterback. He was recruited by Power Five schools as an … END_OF_DOCUMENT_TOKEN_TO_BE_REPLACED 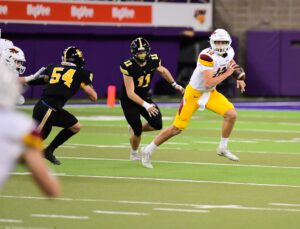 Ankeny quarterback JJ Kohl had scholarship offers from schools all over the country. In the end, he decided to stay close to home. The junior announced his verbal commitment on Monday night to play football at Iowa State, beginning in the fall of 2023. "It wasn’t an easy decision," said Kohl. "I had some other schools that I was considering, and I … END_OF_DOCUMENT_TOKEN_TO_BE_REPLACED 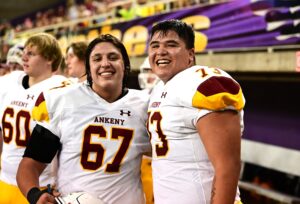 Ankeny offensive lineman Drew Monsivais has verbally committed to play football at Northwest Missouri State. Monsivais, a junior, helped the Hawks to a 10-3 record and a runner-up finish in Class 5A last season. "It was a pretty easy decision," said Monsivais. "There’s a certain feeling I got the first time I was there and have had every time I’ve been … END_OF_DOCUMENT_TOKEN_TO_BE_REPLACED 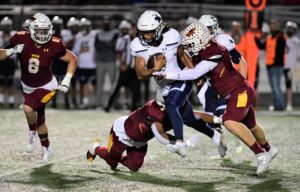 One of the state's top football players in the Class of 2023 is headed to Ankeny High School. Des Moines Roosevelt star Jamison Patton, who is being recruited by Power Five schools as an athlete, announced on Sunday via Twitter that he will play for the Hawks in the fall. "After a lot of thought and talking it over with my family I will be transferring … END_OF_DOCUMENT_TOKEN_TO_BE_REPLACED 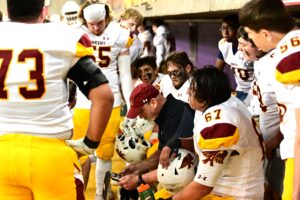 Ankeny lineman Ethan Thomas has committed to play football at Central College. The 6-foot-3, 235-pound Thomas announced his decision via Twitter on Tuesday. He helped the Hawks to a 10-3 record and a runner-up finish in Class 5A last season. "I looked at Morningside, St. Ambrose and Loras as well as Central," said Thomas. "I liked the facilities, both … END_OF_DOCUMENT_TOKEN_TO_BE_REPLACED