Paul Rhoads still yearns to be a head football coach again. A move to the Arizona desert may help him get there. The Ankeny native and former Iowa State head coach is getting ready for spring ball at the University of Arizona, where he was named the defensive coordinator in late December. He spent the last two seasons on the staff of UCLA coach Chip … END_OF_DOCUMENT_TOKEN_TO_BE_REPLACED 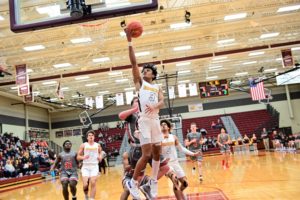 The Fort Dodge boys' basketball team tried several different defenses on Friday in an effort to slow down Ankeny star Braxton Bayless. None of them were very successful. Bayless poured in 26 points, 19 of them in the first half, to lead the Hawks to a 66-46 victory in a Class 4A substate semifinal at Ankeny. "They threw a lot of junk at us, but we … END_OF_DOCUMENT_TOKEN_TO_BE_REPLACED 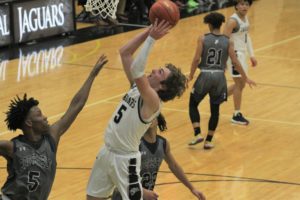 Ankeny Centennial's Preston Kelling drove to the basket on Friday with a Des Moines Roosevelt defender right at his side. Kelling then rose up and threw down a monster dunk late in the first half of a Class 4A boys' basketball substate semifinal at Centennial. "I was feeling it at the time," Kelling said. "I was feeling good. It was just in the … END_OF_DOCUMENT_TOKEN_TO_BE_REPLACED 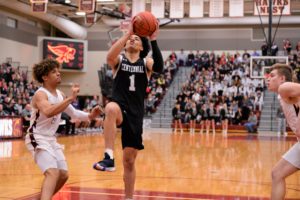 The road to the state tournament begins on Friday night for both the Ankeny and Ankeny Centennial boys' basketball teams. The top-ranked Jaguars (21-1) will host Des Moines Roosevelt (7-14) in a Class 4A Substate 6 semifinal, while the Hawks (16-5) will host Fort Dodge (3-19) in a Substate 1 semifinal. Both games begin at 7 p.m. Centennial enters the … END_OF_DOCUMENT_TOKEN_TO_BE_REPLACED 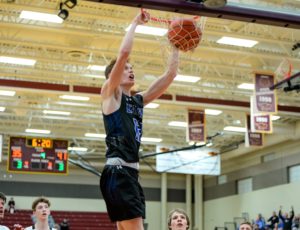 During the first quarter of Thursday's game against Madrid, the Ankeny Christian Academy boys' basketball team struggled to solve the Tigers' zone defense. The Eagles fell into an early 14-5 hole and appeared to be in danger of being blown out in a Class 1A district final at Ankeny. The deficit grew to double digits when Madrid's CJ Dean opened the … END_OF_DOCUMENT_TOKEN_TO_BE_REPLACED