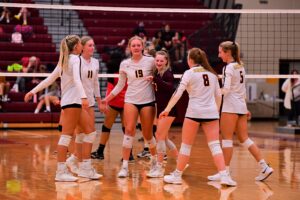 Tuesday was an emotional night for McKenna Scheib and the other seniors on the Ankeny volleyball team. It didn't show, though, on the court. The second-ranked Hawkettes rolled to a 25-8, 25-8, 25-10 victory over visiting Fort Dodge on their Senior Night. "It really was emotional because we have become so connected as a team that it's going to be … END_OF_DOCUMENT_TOKEN_TO_BE_REPLACED 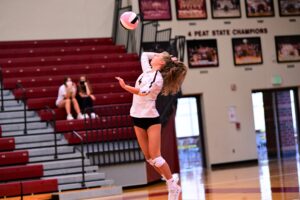 The Ankeny volleyball team can defeat its opponents in a lot of different ways. Thursday's match at Indianola proved that. The second-ranked Hawkettes rolled to a 25-13, 25-15, 25-14 victory in the non-conference match. They improved to 8-2 on the season, while the Indians dropped to 4-8. "It was a solid performance by the Hawkettes," said Ankeny … END_OF_DOCUMENT_TOKEN_TO_BE_REPLACED 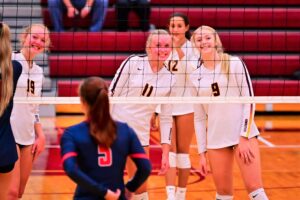 The Ankeny volleyball team took a long trip to Mason City for its CIML Iowa Conference opener on Tuesday. The match itself probably took less time. The fourth-ranked Hawkettes gave up just 24 total points and rolled to a 25-6, 25-6, 25-12 victory. They improved to 7-2 on the season, while Mason City's record dropped to 1-10. "Everyone had the … END_OF_DOCUMENT_TOKEN_TO_BE_REPLACED 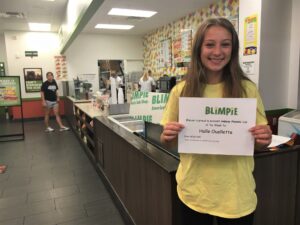 Junior defensive specialist Halle Ouellette has helped the fourth-ranked Ankeny volleyball team to a 7-2 record this season. The Hawkettes rolled to a 25-6, 25-6, 25-12 victory at Mason City in their CIML Iowa Conference opener on Tuesday. Ouellette recorded 20 digs in the first eight matches of the season. She had also racked up seven aces. "Halle … END_OF_DOCUMENT_TOKEN_TO_BE_REPLACED 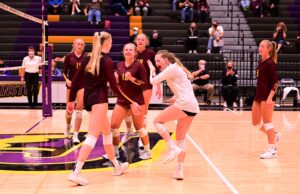 The Ankeny volleyball team was pushed to a fourth set Tuesday in a match at Johnston. The eighth-ranked Hawkettes dropped the third set before posting a 25-22, 25-15, 21-25, 25-16 victory. They raised their record to 6-2 on the season, while the Dragons fell to 1-2. "It was a tough match," said Ankeny coach Dave Whims. "We played sluggish, and they … END_OF_DOCUMENT_TOKEN_TO_BE_REPLACED