The Ankeny Centennial boys' track team raced to a pair of impressive victories at the Waukee Early Bird Invitational on Friday. The Jaguars easily won the distance medley relay by more than 10 seconds. The foursome of Avery Gates, Josh Decker, Brendan Hoy and Camden Cox was clocked in 3:35.96, the second-fastest time in school history. Centennial's … END_OF_DOCUMENT_TOKEN_TO_BE_REPLACED 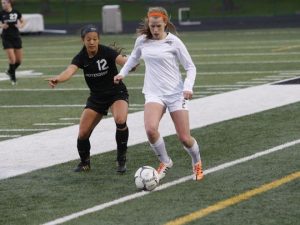 There's at least a dozen reasons why the Ankeny Centennial girls' soccer team is ranked fourth in the Class 3A preseason rankings by the Iowa Girls' High School Athletic Union. That's how many Jaguars have already committed to play soccer at the collegiate level. Several of them are headed to Division I schools, and they're also the foundation of … END_OF_DOCUMENT_TOKEN_TO_BE_REPLACED

The Ankeny Centennial boys' track team had nine first-place finishes and Ankeny added three more in the Ram Invitational on Tuesday at Southeast Polk. The Jaguars won five of the seven relays and placed second in the other two. They were originally slated to compete at Nevada, but that meet was cancelled. "We were fortunate Southeast Polk allowed us to … END_OF_DOCUMENT_TOKEN_TO_BE_REPLACED 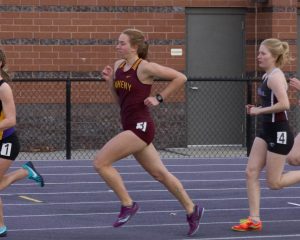 When the Johnston Invitational girls' track meet was cancelled on Tuesday, Ankeny Centennial coach Andrew Kruzich went looking for another meet that had room for the Jaguars. Fortunately for Kruzich, the Waukee Early Bird Invitational came through with an open spot. That allowed the Jaguars and crosstown rival Ankeny to begin the outdoor season at the … END_OF_DOCUMENT_TOKEN_TO_BE_REPLACED