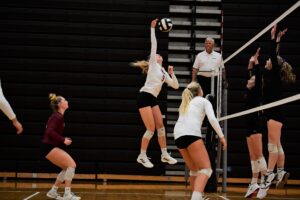 The state volleyball tournament gets under way on Monday at the U.S. Cellular Center in Cedar Rapids. We already know that at least one CIML team will advance to the Class 5A semifinals on Wednesday. Defending champion Ankeny will face CIML rival Urbandale in one of the four quarterfinal matchups. Three other CIML teams are in the Class 5A field, … END_OF_DOCUMENT_TOKEN_TO_BE_REPLACED 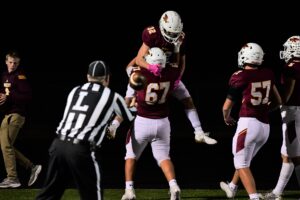 (Story by David Klockenga) The Ankeny football players knew they were in a battle with visiting Waukee Northwest on Friday before the third-ranked Hawks pulled away in the second half for a 42-3 victory in the opening round of the Class 5A playoffs. Ankeny (8-2) led by just 14-3 at halftime before outscoring the Wolves, 28-0, in the final two … END_OF_DOCUMENT_TOKEN_TO_BE_REPLACED 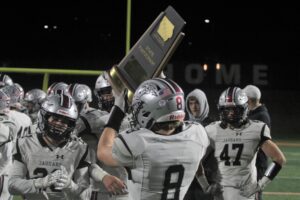 Valley quarterback Mason Morrow didn't take over the starting position last year until heralded transfer Jake Rubley was declared ineligible by the Iowa High School Athletic Association. Rubley's departure may have been a blessing in disguise for the Tigers. Morrow, who has developed into a solid quarterback, passed for three touchdowns and ran for two … END_OF_DOCUMENT_TOKEN_TO_BE_REPLACED 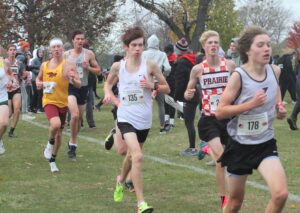 The Ankeny and Ankeny Centennial boys' cross country teams were both hoping to earn top-10 finishes in the Class 4A state meet on Friday. In the end, the two squads waged a close battle for 13th place at Lakeside Golf Course in Fort Dodge. Twelfth-ranked Ankeny finished with 299 points to edge No. 11 Centennial by eight points. "We're happy about it," … END_OF_DOCUMENT_TOKEN_TO_BE_REPLACED 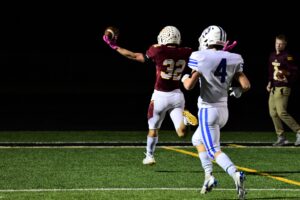 There were no upsets in the opening round of the Class 5A football playoffs as all eight of the higher seeded teams prevailed on Friday by an average margin of 26.75 points. Ankeny, the No. 5 team in the final RPI rankings, rolled to a 42-3 victory over visiting Waukee Northwest. The Hawks, who won last year's Class 4A championship, will play at Cedar … END_OF_DOCUMENT_TOKEN_TO_BE_REPLACED