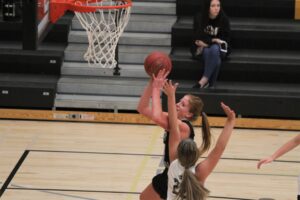 The girls' state basketball tournament gets under way at Wells Fargo Arena with the Class 5A quarterfinals on Monday. We already know that at least one team from the CIML will advance to Friday night's championship game. Top-ranked Waukee is joined in the top half of the bracket by Dowling Catholic, Southeast Polk and Ankeny Centennial. No. 2 Johnston … END_OF_DOCUMENT_TOKEN_TO_BE_REPLACED 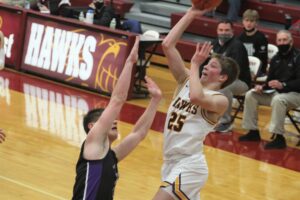 The Ankeny boys' basketball team was ready for the start of postseason play. The defending state champion Hawks jumped out to a 13-0 lead in the first quarter and then held off visiting Norwalk's rally in the second half to post a 48-40 victory in a Class 4A substate semifinal on Friday. "It relieved some pressure to get that early lead," said Ankeny … END_OF_DOCUMENT_TOKEN_TO_BE_REPLACED 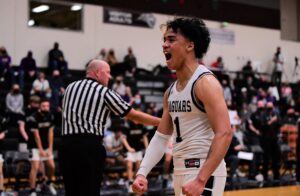 It took awhile for the Ankeny Centennial boys' basketball team to fight off a pesky Indianola squad in a Class 4A substate semifinal on Friday. The visiting Indians battled Centennial to a 28-28 halftime tie before the eighth-ranked Jaguars used an 18-0 run in the second half to pull away for a 71-53 victory. "We just had to get it going," said … END_OF_DOCUMENT_TOKEN_TO_BE_REPLACED 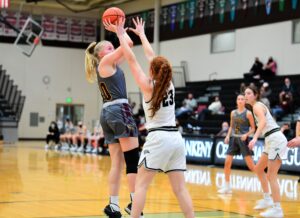 Basketball standouts Abby Johnson of Ankeny and Maggie Phipps of Ankeny Centennial have both earned all-district honors from the Iowa Girls' Coaches Association. Johnson and Phipps were named to the Class 5A West team. The squad consists of 17 players, 15 of them from the CIML. Phipps, a senior guard, has led the Jaguars to a 15-2 record and a berth in … END_OF_DOCUMENT_TOKEN_TO_BE_REPLACED