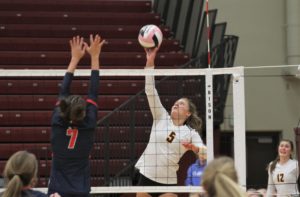 McKenna Scheib made the most of her second opportunity to play against the Urbandale volleyball team. The Ankeny junior suffered an ankle injury during the Hawkettes' win at Urbandale on Sept. 24. She was out of action for the next two weeks. On Tuesday, Scheib had eight kills as the fourth-ranked Hawkettes rolled to a 25-7, 25-11, 25-21 victory over … END_OF_DOCUMENT_TOKEN_TO_BE_REPLACED 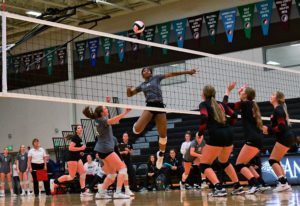 Devyn Robinson made her final appearance on Ankeny Centennial's volleyball court on Tuesday night. So did the rest of the Jaguar seniors. Robinson pounded 20 of her team's 35 kills to lead ninth-ranked Centennial to a 25-10, 25-13, 25-12 victory over Fort Dodge in a Class 5A regional semifinal. It was the final home match for the Jaguars (18-14), who … END_OF_DOCUMENT_TOKEN_TO_BE_REPLACED 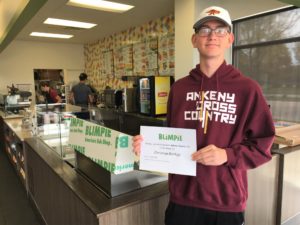 Sophomore Christian Rathje is a member of the Ankeny boys' cross country team. Rathje helped the Hawks to a fourth-place finish in a Class 4A district meet on Thursday at Marshalltown. He placed 23rd in a time of 17 minutes 14 seconds. "Rarely do you see a kid go through two seasons and not have a bad race," said Ankeny coach Jon Lindaman. "Christian … END_OF_DOCUMENT_TOKEN_TO_BE_REPLACED 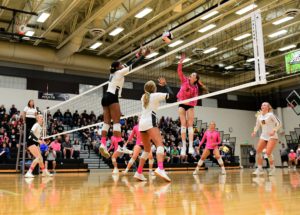 The volleyball postseason begins at home on Tuesday for both the Ankeny and Ankeny Centennial squads. Fourth-ranked Ankeny (34-5) will take a 14-match winning streak into a Class 5A regional semifinal against No. 13 Urbandale (20-16) at 7 p.m. The Hawkettes have not lost since they dropped a 25-22, 26-24 decision to Sergeant Bluff-Luton, the No. 1 team in … END_OF_DOCUMENT_TOKEN_TO_BE_REPLACED