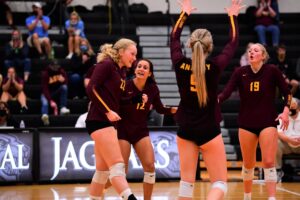 Ankeny volleyball player Hannah Baier stopped to chat with Ankeny Centennial's Reagan Angus as she walked out of the Jaguars' gym on Tuesday night. There were no hard feelings after a hard-fought match between crosstown rivals. "We're all really close," Angus said. The second-ranked Hawkettes took control in the third set and went on to post a … END_OF_DOCUMENT_TOKEN_TO_BE_REPLACED 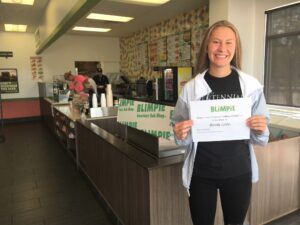 Sophomore Maddy LaVoi is a member of the sixth-ranked Ankeny Centennial girls' cross country team. LaVoi placed 26th in the Bobcat Invitational on Sept. 10 at Marshalltown. She posted a time of 20 minutes 25 seconds to help the Jaguars to a third-place finish. "Maddy's performance at the Marshalltown meet was a pleasant surprise," said Centennial coach … END_OF_DOCUMENT_TOKEN_TO_BE_REPLACED 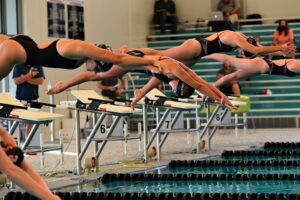 The Ankeny girls' swimming team averaged more than 124 points in each of its first three dual meets this season. There was no way the sixth-ranked Hawkettes were going to reach that number in Tuesday's dual meet at Mason City, but they still posted an impressive victory. Ankeny won 10 of the 12 events and defeated the Mohawks, 67-35, in a CIML Iowa … END_OF_DOCUMENT_TOKEN_TO_BE_REPLACED 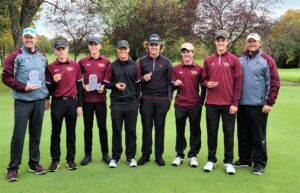 A year ago, the Ankeny boys' golf team won the CIML Central Conference dual-meet title before struggling to a fourth-place finish at the conference meet. The third-ranked Hawks didn't let history repeat itself on Tuesday. After going undefeated in conference dual meets for the second straight year, Ankeny cruised to the CIML Iowa Conference crown at … END_OF_DOCUMENT_TOKEN_TO_BE_REPLACED 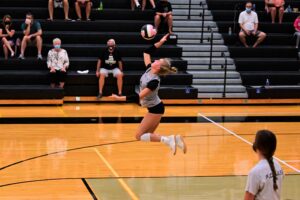 Senior defensive specialist Millie Hill has helped the Ankeny Centennial volleyball team to a 9-1 record and a No. 5 ranking in Class 5A. She had three digs on Thursday as the Jaguars swept a non-conference match at Ottumwa in three sets. Hill ranks third on the team with 48 digs. She has also completed 73-of-81 serves with five aces. Here is some … END_OF_DOCUMENT_TOKEN_TO_BE_REPLACED