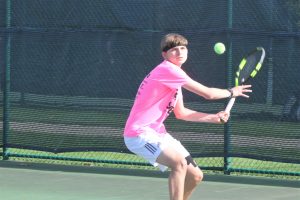 The Ankeny Centennial boys' tennis team continued its winning ways on Monday. This time, it came at the expense of its crosstown rival. The Jaguars clinched at least a share of the CIML Central Conference title with a 10-1 victory over Ankeny. They improved to 4-0 in the league and 9-1 overall, while the Hawks' records dropped to 1-3 and 2-7. "It … END_OF_DOCUMENT_TOKEN_TO_BE_REPLACED 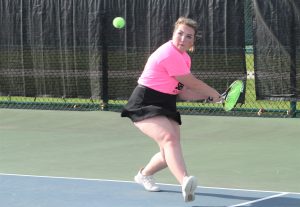 Although the Ankeny and Ankeny Centennial girls' tennis teams battled each other on the courts Monday, the two squads came together for a common cause. It was the annual Pink Out Night at the Prairie Ridge courts, where a fundraiser was held for the fight against cancer. "It was a perfect day for tennis," said Centennial coach Ryan Petersen. "My … END_OF_DOCUMENT_TOKEN_TO_BE_REPLACED 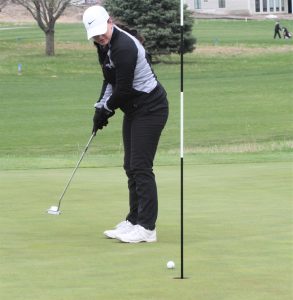 The Ankeny Centennial girls' golf team shaved another 10 strokes off its season-best score on Monday in the Dragon Invitational at Jester Park. The Jaguars placed third in the 10-team field with a 372. They continued their progress after shooting a 382 in the Linda Bloom Invitational on Thursday at Marshalltown. "We were very pleased with our score," … END_OF_DOCUMENT_TOKEN_TO_BE_REPLACED 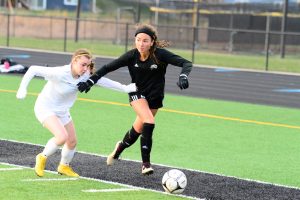 It's time for the Ankeny and Ankeny Centennial girls' soccer teams to regroup. Both teams went 1-2 in the Tournament of Champions last week at Burlington. The fourth-ranked Hawkettes fell to 9-2 on the season, while the No. 2 Jaguars dropped to 7-2. Ankeny opened the tournament on Thursday with a 3-0 loss to Dunlap (Ill.). After dropping a 1-0 decision … END_OF_DOCUMENT_TOKEN_TO_BE_REPLACED 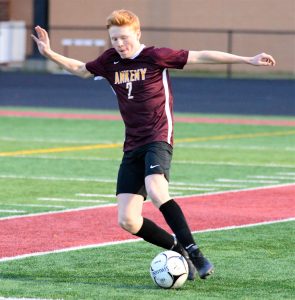