A year ago, the Ankeny wrestling team qualified for the Class 3A state duals tournament for the first time since the split into two high schools. Now, the Hawks would like to do it again. This year's state duals tournament has been moved to Feb. 4--the week before the district tournament. It will be held at the Xtream Arena in Coralville. "I am very … END_OF_DOCUMENT_TOKEN_TO_BE_REPLACED

There is no shortage of players battling for playing time on the Ankeny Centennial boys' basketball team. The Jaguars return four key players from last year's squad that posted a 12-10 record, but nine other players are also in the mix to earn spots in the team's rotation. "We have 13 guys that will compete for playing time, so those who 'bring it' … END_OF_DOCUMENT_TOKEN_TO_BE_REPLACED 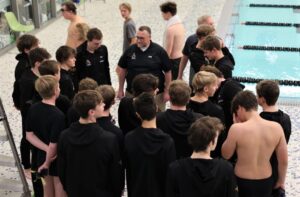 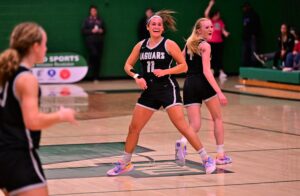 The Ankeny Centennial girls' basketball team found a way to neutralize Des Moines North standout Amani Jenkins. Get her in some early foul trouble. Jenkins sat out most of the first half with three fouls as visiting Centennial built a 26-9 halftime lead, and the third-ranked Jaguars went on to defeat No. 11 North, 66-26, in a non-conference game on … END_OF_DOCUMENT_TOKEN_TO_BE_REPLACED