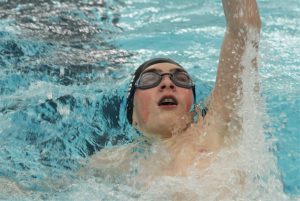 Some of the best races on Thursday at Trail Point Aquatics Center were between teammates on the Ankeny boys' swimming squad. The Hawks won all 11 events and rolled to a 110-60 victory over visiting Des Moines Roosevelt. They swept the top three places in the 100 butterfly and took the top two spots in two other events. "I think that the hard work the … END_OF_DOCUMENT_TOKEN_TO_BE_REPLACED 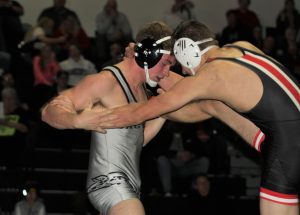 Lane Pruisner crouched on the wrestling mat and waited for the referees to make a call. "No doubt, I thought I had a takedown," Pruisner said. The Ankeny Centennial heavyweight was tied with Fort Dodge's Logan Finowski, 2-2, as the final seconds of their match ticked off the clock during Thursday's season-opening dual meet at Centennial. Pruisner then … END_OF_DOCUMENT_TOKEN_TO_BE_REPLACED 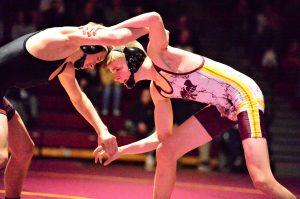 Thursday's season-opening dual meet went about the way that Ankeny wrestling coach Jack Wignall expected. The Hawks won 11 of the 14 matches and rolled to a 61-17 victory over visiting Mason City, which had four open weights. "We were hoping to win a couple of other matches that didn't go our way, but we knew (Mason City) had some holes in their … END_OF_DOCUMENT_TOKEN_TO_BE_REPLACED

Ankeny Centennial Activities Director Scott Garvis will be honored next month during the banquet at the 49th annual National Athletic Directors Conference conducted jointly by the National Federation of State High School Associations (NFHS) and the National Interscholastic Athletic Administrators Association (NIAAA). He will be one of 11 recipients of the … END_OF_DOCUMENT_TOKEN_TO_BE_REPLACED 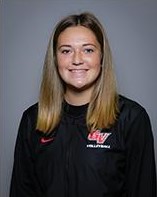 It's been more than 13 months since Miranda Greathouse played for a losing team in a volleyball match. It's been that kind of year for the Grand View University freshman. Greathouse, who ended her Ankeny High School career with a Class 5A regional semifinal loss at Dowling Catholic last October, has helped the top-ranked Vikings to a perfect 34-0 … END_OF_DOCUMENT_TOKEN_TO_BE_REPLACED