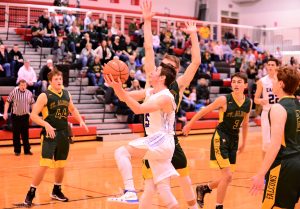 Ankeny Christian Academy's undefeated boys' basketball season came to an end on Monday. The Eagles lost to Council Bluffs St. Albert, 58-56, in a Class 1A substate final at ADM (Adel). They finished the season with a 23-1 record. "It was a tough game to lose," said ACA coach Paul Selindh. "So close." St. Albert avenged a 62-57 loss at Ankeny … END_OF_DOCUMENT_TOKEN_TO_BE_REPLACED

Check out the latest edition of the Ankeny Fanatic weekly podcast sponsored by the Ankeny office of Iowa Realty. Ankeny Centennial girls' basketball coach Scott DeJong and senior forward Kenna Sauer stopped by to visit with Ankeny Fanatic publisher Dan Holm about the Jaguars' loss to Southeast Polk in the Class 5A quarterfinals on Monday. … END_OF_DOCUMENT_TOKEN_TO_BE_REPLACED 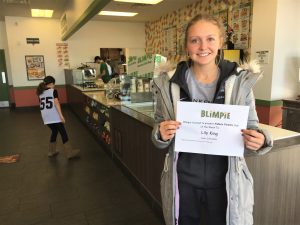 Lily King was one of the top reserves on the Ankeny Centennial girls' basketball team. The senior guard helped the Jaguars to a 15-8 record. She had three points, two rebounds and two assists as the Jaguars ended their season with a 61-56 overtime loss to Southeast Polk in the Class 5A quarterfinals on Monday at Wells Fargo Arena. King averaged 1.6 … END_OF_DOCUMENT_TOKEN_TO_BE_REPLACED 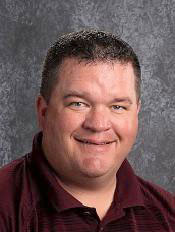 Ankeny High School Activities Director Brent Buttjer has been named to the same position at Dallas Center-Grimes for the 2019-20 school year. Buttjer has been at Ankeny since the split into two high schools in the fall of 2013. “I am very grateful for the opportunity to serve the students, families, coaches, and directors of the Ankeny Community School … END_OF_DOCUMENT_TOKEN_TO_BE_REPLACED