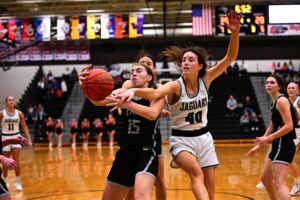 Senior guard Elle Street has helped the third-ranked Ankeny Centennial girls' basketball team to a 20-3 record and a berth in this week's Class 5A state tournament at Wells Fargo Arena. The Jaguars advanced to state for the second year in a row with a 46-41 victory over visiting Sioux City East in a regional final on Wednesday. Street, who has committed … END_OF_DOCUMENT_TOKEN_TO_BE_REPLACED 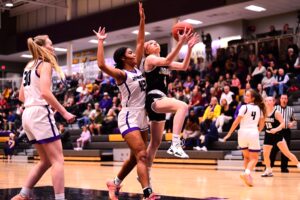 A year ago, Waukee stormed to the Class 5A girls' basketball title in dominant fashion, winning its three games at Wells Fargo Arena by 23, 21 and 28 points. Now, another CIML school is poised to make some history as well. Top-ranked Johnston, which won the state championship in 2020 before losing a title-game rematch against Waukee last year, enters … END_OF_DOCUMENT_TOKEN_TO_BE_REPLACED 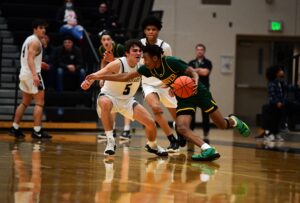 When the Ankeny Centennial boys' basketball team posted a 50-41 victory over Des Moines Hoover on Jan. 18, the Huskies played without their leading scorer, Chase Henderson. The junior guard showed on Friday just how valuable he is. Henderson poured in a game-high 23 points despite battling some foul trouble and the Huskies avenged that loss with a … END_OF_DOCUMENT_TOKEN_TO_BE_REPLACED 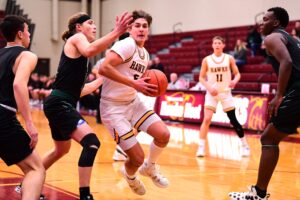 There were several upsets on Friday night in the semifinal round of the boys' Class 4A substate basketball tournaments. Ninth-ranked Ankeny refused to be one of the victims. The Hawks jumped out to a 24-7 lead in the first quarter and went on to defeat visiting Sioux City West, 83-48, in a Substate 1 matchup. "You've really got to establish who you … END_OF_DOCUMENT_TOKEN_TO_BE_REPLACED 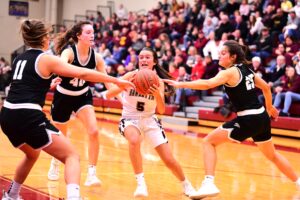 Ankeny Centennial senior Cleao Murray has been named to the Class 5A West all-district girls' basketball team along with Ankeny standouts Savannah Gage and Jenna Pitz. The teams were selected by the Iowa Girls' Coaches Association. Murray, a 5-foot-8 guard, has helped the Jaguars to a 20-3 record and a berth in next week's Class 5A state tournament at … END_OF_DOCUMENT_TOKEN_TO_BE_REPLACED