After a brief stop in Iowa City, former Ankeny receiver Jordan Kumm is looking to finish his college football career in Des Moines. Kumm announced on Twitter Saturday that he will transfer to Grand View and play for the Vikings. "I'm blessed to announce that I will be back in the 515 to continue my academic and athletic career at Grand View … END_OF_DOCUMENT_TOKEN_TO_BE_REPLACED 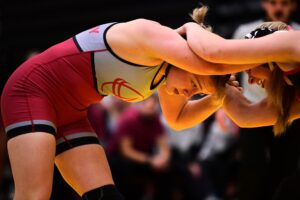 Senior Gia Blaser of the Ankeny girls' wrestling team currently boasts a 20-6 record. She ranks second on the squad in wins behind Nora Bockes, who is 21-4. Blaser started the season at 145 pounds, but has since dropped down to 140. She placed second in the Raccoon River tournament on Dec. 17 at Adel. Here is some inside info on Blaser: How is the … END_OF_DOCUMENT_TOKEN_TO_BE_REPLACED 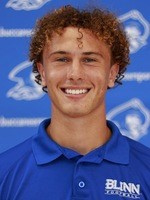 Former Ankeny Centennial quarterback Hayes Gibson is headed to Tennessee Tech. After spending one season at Blinn College in Brenham, Texas, Gibson has verbally committed to play for the Golden Eagles, who compete in the FCS and are members of the Ohio Valley Conference. "When I arrived on campus for my visit at Tennessee Tech, I was a bit skeptical … END_OF_DOCUMENT_TOKEN_TO_BE_REPLACED 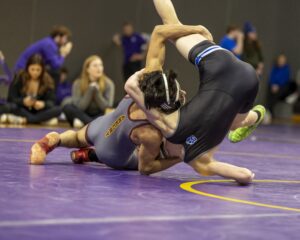 The Ankeny wrestling team is getting a well-deserved break. After placing third in the Battle of Waterloo over the weekend, the fourth-ranked Hawks completed their pre-Christmas schedule on Tuesday with a CIML Conference triangular meet at Waukee. They rolled to a 55-18 victory over the host Warriors, then followed with a 48-26 win over No. 13 Waukee … END_OF_DOCUMENT_TOKEN_TO_BE_REPLACED