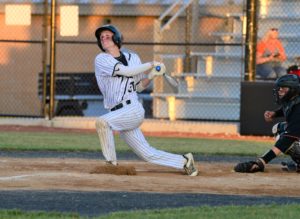 Ankeny Centennial shortstop Keaton Gray has committed to play baseball for Wartburg College. The senior announced his decision via Twitter earlier this week. "I’m very excited to announce that I have committed to continue my academic and baseball career at Wartburg College," Gray tweeted. "I’m very thankful for the opportunities that I have been given … END_OF_DOCUMENT_TOKEN_TO_BE_REPLACED 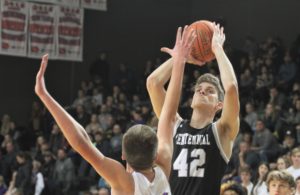 Bob Fontana's 400th career coaching victory is one that he'll never forget. The sixth-ranked Ankeny Centennial boys' basketball team led almost the entire way and posted a 78-70 victory at No. 1 Waukee on Tuesday, allowing Fontana to reach the milestone. Afterwards, Fontana told his team outside the locker room that he'd rather have a state tournament … END_OF_DOCUMENT_TOKEN_TO_BE_REPLACED 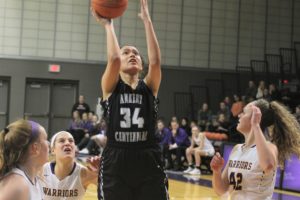 A slow start doomed the Ankeny Centennial girls' basketball team on Tuesday. The 10th-ranked Jaguars fell behind after the first quarter, 25-7, and eventually dropped a 55-33 decision in a non-conference game at No. 5 Waukee. It was their lowest offensive output of the season and their lowest total overall since a 46-27 loss at Johnston last year. "It … END_OF_DOCUMENT_TOKEN_TO_BE_REPLACED 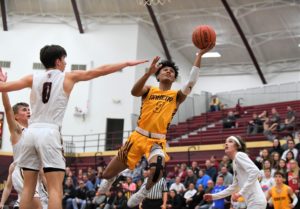 Something about the Ankeny boys' basketball team brings out the best in Des Moines Roosevelt. The Roughriders--who upset Ankeny in last year's Class 4A substate tournament--knocked off the ninth-ranked Hawks again on Tuesday in a non-conference game at Roosevelt. They posted a 65-60 victory to improve to 4-8 on the season. Ankeny's record dropped to … END_OF_DOCUMENT_TOKEN_TO_BE_REPLACED