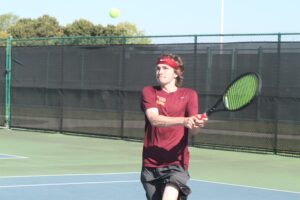 Senior Ian Ferree helped the Ankeny boys' tennis team to a 3-9 record. The Hawks closed out their season with a 5-2 loss at Urbandale in a preliminary substate match on Saturday. Ferree posted a 6-2, 6-1 victory over Andrew Lein of Des Moines East in the opening round of a Class 2A district tournament on Wednesday at Ankeny. He then dropped a 6-0, 6-2 … END_OF_DOCUMENT_TOKEN_TO_BE_REPLACED 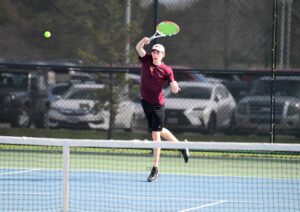 The season came to an end on Saturday for the Ankeny boys' tennis team. The Hawks dropped a 5-2 decision at Urbandale in a preliminary substate match. They finished with a 3-9 record under first-year coach Ron Miller. Urbandale threatened to end the meet early after winning the opening set in all six singles matches. But Ankeny battled back to win two … END_OF_DOCUMENT_TOKEN_TO_BE_REPLACED 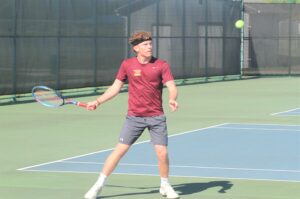 The Ankeny boys' tennis team hosted a Class 2A district tournament on Wednesday at the Prairie Ridge courts. The meet eventually turned into the Waukee Invitational. The Warriors easily won the team title and advanced their entire squad to the state tournament. All six of Ankeny's players were eliminated by Waukee in the quarterfinals. "We had a … END_OF_DOCUMENT_TOKEN_TO_BE_REPLACED 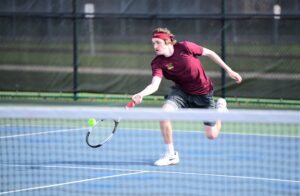 The Ankeny boys' tennis team closed out its regular season on Thursday with an 8-3 loss at Mason City. Sam Parkinson provided the Hawks' lone victory in singles. He posted a 6-3, 6-1 win over Lane Kruger at the No. 4 position. Ankeny's No. 4 doubles team of Mason Lyons and Ethan Bovee defeated Ben Lorence and Aidan Thompson, 6-4, 6-3. The No. 5 duo of … END_OF_DOCUMENT_TOKEN_TO_BE_REPLACED