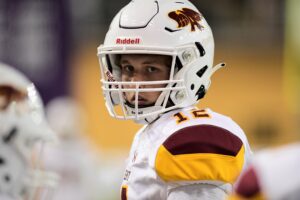 Ankeny quarterback JJ Kohl is now listed as a four-star recruit on Rivals. Kohl, a 6-foot-6, 225-pound junior, is ranked No. 223 nationally in the Class of 2023. He is the No. 5 prospect in the state of Iowa and No. 14 nationally at his position. Kohl helped the Hawks to a 10-3 record and a runner-up finish in Class 5A this season. He completed … END_OF_DOCUMENT_TOKEN_TO_BE_REPLACED 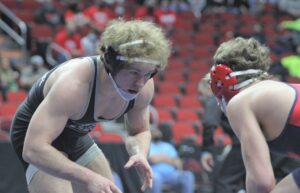 Thursday will be a special night for Ankeny Centennial wrestling coach Jay Groth. The Jaguars will open their season by hosting a dual meet against Waukee. "It will be the first time in my career that I will face a former wrestler of mine as a head coach," said Groth. "John Meeks wrestled at Des Moines Roosevelt when I was coaching there (and was a … END_OF_DOCUMENT_TOKEN_TO_BE_REPLACED 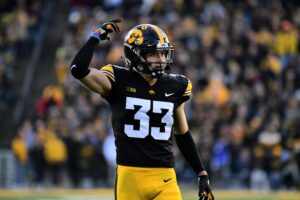 If this ends up being the final season of Riley Moss' Iowa football career, it's been a memorable one. The former Ankeny Centennial star was named the Big Ten Conference Tatum-Woodson Defensive Back of the Year on Tuesday. He is the fifth Hawkeye to win the award and the first since Amani Hooker in 2019. Moss ranks 11th in the country and third in the … END_OF_DOCUMENT_TOKEN_TO_BE_REPLACED 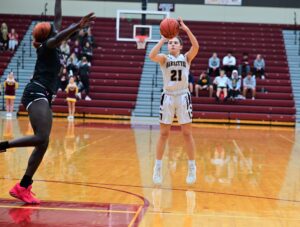 Jadyn Filling didn't hesitate when she had an open look at the basket. The senior guard drained a huge 3-point goal with 3 minutes 32 seconds left, sparking a late 11-2 run that lifted the Ankeny girls' basketball team to a 44-40 victory over visiting Des Moines North on Monday. "I was struggling with confidence coming into this game, but I really feel … END_OF_DOCUMENT_TOKEN_TO_BE_REPLACED 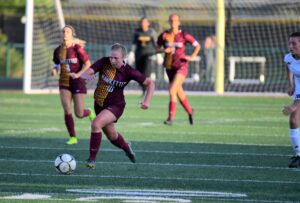 Ankeny senior Maddie Foels is a strong defender on the soccer field and on the volleyball court. She could have elected to play either sport at the collegiate level, but she decided that her future was on the pitch. Foels has verbally committed to play soccer for Loras College. She announced her decision via Twitter on Sunday. "I'm beyond excited to … END_OF_DOCUMENT_TOKEN_TO_BE_REPLACED