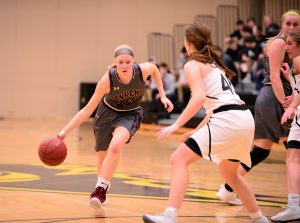 The Ankeny girls' basketball team will likely be without its second-leading scorer and rebounder for another month. An MRI on Thursday revealed that sophomore forward Abby Johnson suffered a deep bone bruise in her foot during the Hawkettes' 46-40 victory at Urbandale on Dec. 14. "She'll be in a walking boot for two weeks and will then have at least … END_OF_DOCUMENT_TOKEN_TO_BE_REPLACED 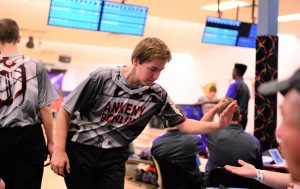 Senior Christina Angran and junior Brandon Schumacher are two of the leaders on the Ankeny bowling teams. Schumacher has led the Ankeny boys' squad to a 2-4 record. He paces the Hawks with a 401.4 series average. Angran has helped the Ankeny girls' team to a 1-5 mark. She ranks second among the Hawkettes with a 299.3 average. Here is some inside … END_OF_DOCUMENT_TOKEN_TO_BE_REPLACED 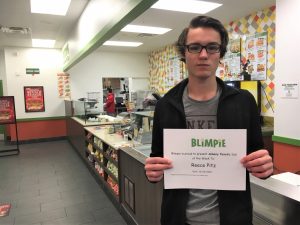 Reece Pitz is one of the top reserves on the Ankeny boys' basketball team. Pitz, a senior guard, has helped the Hawks to a 6-2 record. He is averaging 2.0 points and 1.1 rebounds per game. Pitz went 4-for-4 from the field and scored nine points in Ankeny's 83-55 victory at Fort Dodge on Nov. 30. … END_OF_DOCUMENT_TOKEN_TO_BE_REPLACED 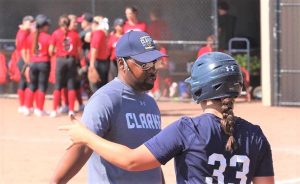 When Garland Shirley wakes up on Christmas morning, he won't need to go searching for a gift under the tree. The former Ankeny Centennial softball coach has already been given the ultimate present. The gift of life. Shirley, 46, was the recipient of a double lung transplant on Nov. 14, 2017, at the Mayo Clinic in Rochester, Minn. More than 13 months … END_OF_DOCUMENT_TOKEN_TO_BE_REPLACED

Junior guard Meg Burns has helped the 12th-ranked Ankeny Centennial girls' basketball team to a 6-4 record. She scored a season-high 13 points in the Jaguars' 62-40 victory over then-No. 6 Dowling Catholic on Tuesday. Burns is averaging 8.0 points per game. She leads the Jaguars in 3-point goals and is shooting 32.7 percent from behind the arc … END_OF_DOCUMENT_TOKEN_TO_BE_REPLACED