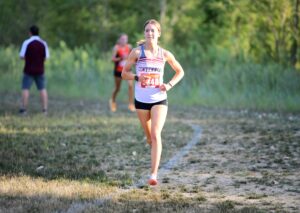 Although its winning streak came to an end, the Ankeny Centennial girls' cross country team still enjoyed a successful meet on Thursday. The fourth-ranked Jaguars placed second among eight teams in the Bud Williams Invitational at Iowa City. They finished with 47 points. "We had an outstanding day of racing after a terrific week of training!" said … END_OF_DOCUMENT_TOKEN_TO_BE_REPLACED 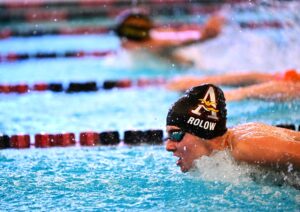 Some of the schools that left the Central Iowa Metropolitan League were hoping to be more competitive in the new Alliance Conference. A few of the individual teams, though, were already very competitive--such as the Ames girls' swimming squad. The Little Cyclones won nine state titles in a span of 11 years before placing second behind Waukee at last … END_OF_DOCUMENT_TOKEN_TO_BE_REPLACED 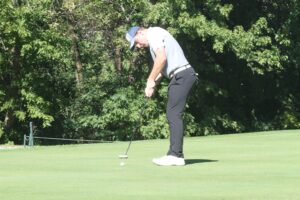 For the first time in nearly a month, the Ankeny Centennial boys' golf team put its best lineup back together for the CIML Conference meet on Wednesday at Willow Creek. The Jaguars posted a total of 304, their best score in the last five meets, but it was only good enough for a seventh-place finish in the competitive nine-team field. Six schools finished … END_OF_DOCUMENT_TOKEN_TO_BE_REPLACED 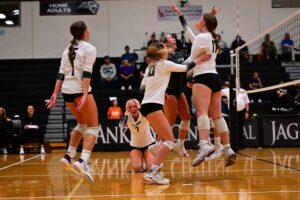 The Ankeny Centennial volleyball players didn't want to go to a fifth set on Tuesday. A dominant fourth set made sure that they didn't have to. After letting the third set slip away, the sixth-ranked Jaguars regrouped and rolled to a 25-22, 25-22, 24-26, 25-7 victory over No. 8 Johnston in a CIML Conference match at the Centennial gym. "After the … END_OF_DOCUMENT_TOKEN_TO_BE_REPLACED