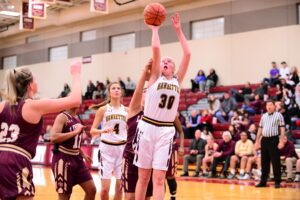 Ankeny senior Abby Johnson has been waiting nearly two years to get back on the basketball court. Now, she'll have to wait a little longer. Johnson, who missed her entire junior season due to a knee injury, is now fully healthy. But she and her teammates are currently unable to practice while the Ankeny school district has moved to virtual … END_OF_DOCUMENT_TOKEN_TO_BE_REPLACED 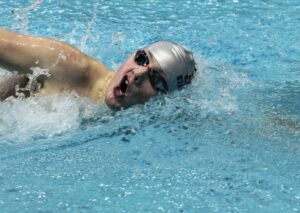 Senior Brek Stukerjurgen is one of the top returnees for the Ankeny boys' swimming team. He is an eight-time state placewinner. Stukerjurgen placed fourth in the 100 backstroke and sixth in the 500 freestyle at the 2020 state meet. He anchored the Hawks to a tie for third place in the 400 freestyle relay and also swam on the fifth-place 200 medley … END_OF_DOCUMENT_TOKEN_TO_BE_REPLACED 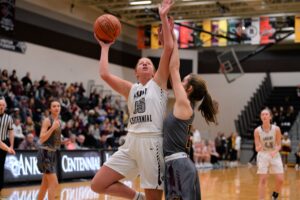 All the ingredients for a winning basketball team appear to be on the Ankeny Centennial girls' roster. Head coach Scott DeJong just has to put all the pieces together. "We made a lot of progress since the first day of practice," said DeJong, whose team is seventh in the Class 5A preseason rankings. "There is much more team building to do with the loss … END_OF_DOCUMENT_TOKEN_TO_BE_REPLACED 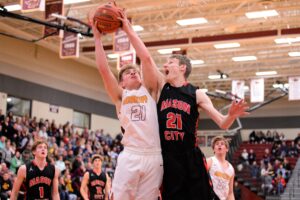 Ankeny boys' basketball coach Brandt Carlson was thrilled to see the Ankeny football team claim a state championship earlier this month, even if it meant two of his top returning players wouldn't be able to practice for awhile. "I am extremely happy for coach (Rick) Nelson, the staff and team in capturing the 2020 state championship in football," Carlson … END_OF_DOCUMENT_TOKEN_TO_BE_REPLACED 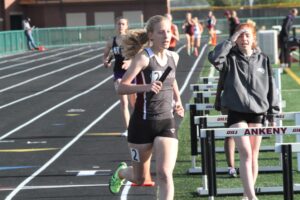 Kathryn Vortherms considers her teammates on the Ankeny Centennial girls' track squad part of her family. She was hoping to find a similar environment on the collegiate level, and she found it in Iowa City. Vortherms has committed to join the Iowa women's track and field program next year. She will be reunited with former Centennial teammates Emma … END_OF_DOCUMENT_TOKEN_TO_BE_REPLACED