Ryan Petersen has been named the head coach of the Ankeny Centennial girls' tennis team. This will be the first coaching position for Petersen, who played tennis in high school at Denison. "My tennis coach--Aaron Ratliff--was also my calculus teacher," said Petersen. "I enjoyed both so much that I was inspired to pursue coaching tennis … END_OF_DOCUMENT_TOKEN_TO_BE_REPLACED 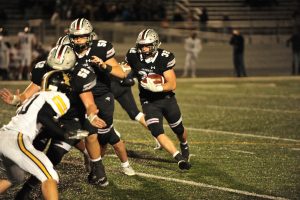 During the first five weeks of the high school football season, Ankeny Centennial defensive back Tyler Rodgers often exchanged text messages with Southeast Polk linebacker Zach Strickland. The correspondence between the two friends came to an end, though, earlier this week. "We played youth football together and he's still one of my great buddies, but … END_OF_DOCUMENT_TOKEN_TO_BE_REPLACED 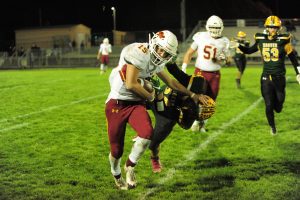 The field conditions at Des Moines Hoover's McGrane Stadium were less than ideal on Friday night. They didn't seem to bother the Ankeny football team. The visiting Hawks used a 29-point second quarter to build a 44-7 halftime lead and then cruised to a 51-14 victory over Hoover in a Class 4A District 1 game. "Our kids played well," said Ankeny coach … END_OF_DOCUMENT_TOKEN_TO_BE_REPLACED 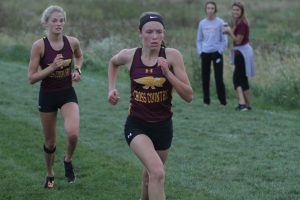 With about one month left in the season, the Ankeny girls' cross country team continues to make positive strides. The Hawkettes placed fifth among seven teams in the Southeast Polk Invitational on Thursday. They finished with 102 points, but were only 13 points out of third place. "As a team, we're working really well together," said Ankeny sophomore … END_OF_DOCUMENT_TOKEN_TO_BE_REPLACED 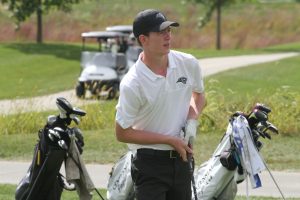 When the CIML Central Conference meet was moved from The Legacy to Blank Golf Course on Wednesday, the six teams in the league had to make some quick adjustments. Ankeny Centennial did just fine, and so did Ankeny's Hunter Johnson. The eighth-ranked Jaguars shot a 311 to earn a second-place finish. No. 4 Dowling Catholic also finished with a 311 total, … END_OF_DOCUMENT_TOKEN_TO_BE_REPLACED