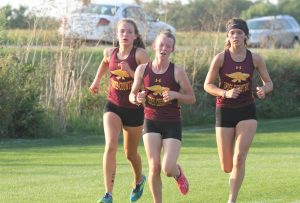 Junior Madeleine Murphy placed 87th in the Rim Rock Farm Country Classic on Saturday at Lawrence (Kan.), helping the Ankeny girls' cross country team to an 11th-place finish among 38 squads in the Crimson Division. She posted a time of 21 minutes 46 seconds in the 5k race. Murphy is also a starting outfielder on the Ankeny softball team. She batted .345 … END_OF_DOCUMENT_TOKEN_TO_BE_REPLACED 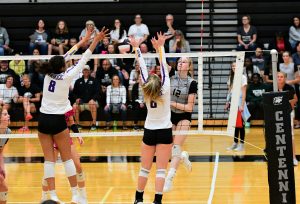 The Ankeny Centennial volleyball squad traveled to Omaha on Saturday to play two of the best teams in the Midwest. The road trip resulted in a pair of losses for the Jaguars. Centennial, the No. 9 team in Class 5A, began the day with a 25-17, 25-21, 25-15 loss to St. Teresa's Academy of Kansas City (Mo.). The Jaguars then dropped a 25-21, 25-17, … END_OF_DOCUMENT_TOKEN_TO_BE_REPLACED 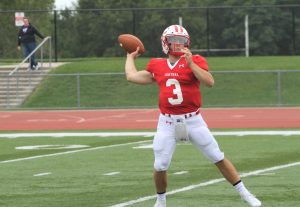 While preparing for Saturday's game against Loras College, Central College quarterback Blaine Hawkins recognized a familiar name--Riley Larson--in the Duhawks' secondary. "I saw the scouting sheet and I'm like, 'Yeah, I know that guy. I've played against him a lot,'" Hawkins said. "It's probably five or six games now, so it's always fun." The rivalry … END_OF_DOCUMENT_TOKEN_TO_BE_REPLACED 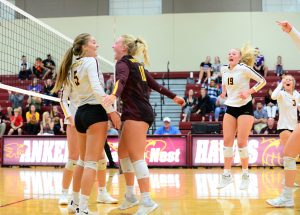 The Ankeny volleyball team continued its winning ways on Saturday by claiming the Boone Invitational title for the second straight year. The fourth-ranked Hawkettes rallied for a 21-25, 25-18, 15-11 victory over Waverly-Shell Rock in the championship match. Waverly-Shell Rock, the No. 7 team in Class 4A, also lost to Ankeny in last year's final after … END_OF_DOCUMENT_TOKEN_TO_BE_REPLACED 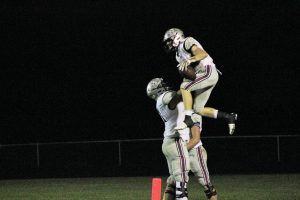 Coming into Friday night’s game at Leonard Cole Field, the Marshalltown Bobcats were 4-0 and averaging 34.0 points per game. The Bobcats had yet to allow more than 14 points in any of the four games they had played. Ankeny Centennial completely flipped the script. The Jaguars didn’t allow Marshalltown to get a first down until the fourth quarter and … END_OF_DOCUMENT_TOKEN_TO_BE_REPLACED