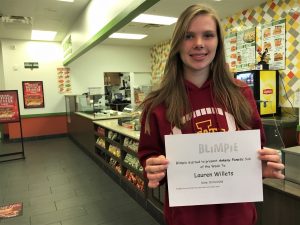 Junior Lauren Willets of the Ankeny volleyball team is the Ankeny Fanatic Sub of the Week sponsored by Blimpie. Willets has helped sixth-ranked Ankeny to a 31-12 record and a berth in next week's Class 5A state tournament at Cedar Rapids. The Hawkettes will face No. 3 Valley in Tuesday's quarterfinals at 2 p.m. Willets has played in 30 sets this … END_OF_DOCUMENT_TOKEN_TO_BE_REPLACED 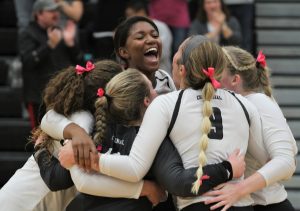 For many high school volleyball teams in Iowa, earning a trip to the state tournament in Cedar Rapids is a once-in-a-lifetime opportunity. But Ankeny Centennial is not an ordinary volleyball program. For the second-ranked Jaguars, qualifying for state has become an annual tradition. Centennial advanced to the Class 5A tournament with a 25-6, 25-14, … END_OF_DOCUMENT_TOKEN_TO_BE_REPLACED 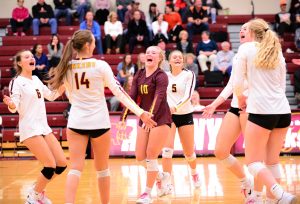 After being swept off its own court by Ankeny Centennial four weeks ago, the Ankeny volleyball team needed to regroup. The sixth-ranked Hawkettes have done just that, winning eight of their last nine matches and punching their ticket to the Class 5A state tournament with a 25-12, 25-20, 25-11 victory over visiting Ames in a regional final on Monday. "I … END_OF_DOCUMENT_TOKEN_TO_BE_REPLACED 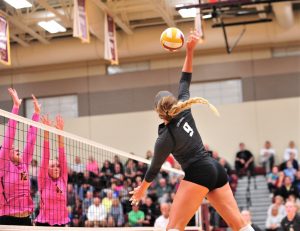 Just one more win is all that separates the Ankeny and Ankeny Centennial volleyball teams from earning a trip to next week's Class 5A state tournament. Both squads will host a regional final on Monday at 7 p.m. The second-ranked Jaguars (37-3) will face Sioux City East (20-20), while the No. 6 Hawkettes (30-12) will meet Ames (12-23) for the third time … END_OF_DOCUMENT_TOKEN_TO_BE_REPLACED