Another Ankeny baseball player has made his college choice. It's the same decision that two of his teammates already made. Senior third baseman Carson Agan has verbally committed to play for Ellsworth Community College. Pitcher Brock Adamson and catcher Max Watson previously committed to the Panthers. "Knowing Brock and Max are going there wasn't a … END_OF_DOCUMENT_TOKEN_TO_BE_REPLACED 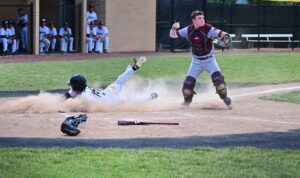 Ankeny catcher Max Watson could have followed in the footsteps of his brother Mo. Instead, he'll be joining one of his current Ankeny baseball teammates on the junior college level. Watson has verbally committed to play for Ellsworth Community College. Ankeny pitcher Brock Adamson has also committed to the Panthers. "Brock, who is one of my fest … END_OF_DOCUMENT_TOKEN_TO_BE_REPLACED 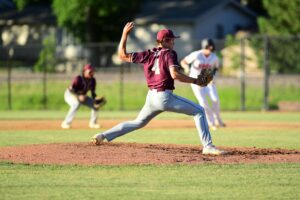 Ankeny baseball players Brock Adamson and Ben Sandvig have both elected to continue their careers at the junior college level. Adamson, a lefthanded pitcher, is headed to Ellsworth Community College. Sandvig, an outfielder, will play for North Iowa Area Community College. Both seniors announced their verbal commitments via Twitter on Thursday. "I … END_OF_DOCUMENT_TOKEN_TO_BE_REPLACED 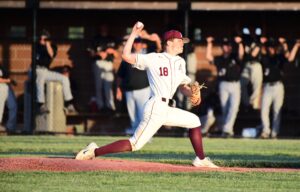 Despite playing in only 17 games last season, Ankeny's Jack Clevidence still attracted the attention of college baseball coaches. The junior pitcher and infielder has verbally committed to play for the University of Evansville. He announced his decision on Twitter Monday. "I was talking to some other schools like Western Illinois, South Dakota State, … END_OF_DOCUMENT_TOKEN_TO_BE_REPLACED 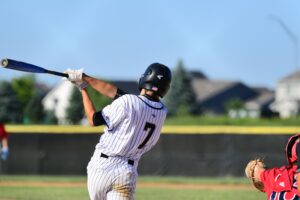