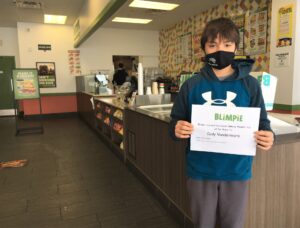 Freshman Cody Vandermark is a member of the Ankeny Centennial wrestling team. He helped the Jaguars to a 16-7 dual record this season. "Cody is an undersized 106-pounder--he weighs 93 pounds--who has subbed for us at 106 numerous times, often on short notice," said Centennial coach Jay Groth. "He works his tail off." Vandermark closed out his season on … END_OF_DOCUMENT_TOKEN_TO_BE_REPLACED