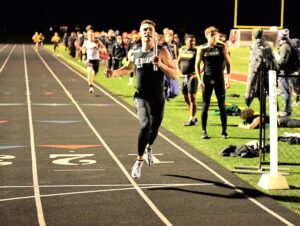 Despite the windy conditions, Tuesday's Fred Smith Hawk Relays produced some outstanding performances. In the end, the top six teams in the 11-team field were separated by just 24 points. Indianola and Waukee tied for the team title with 85 points apiece. Ankeny Centennial placed third with 80 points. The Jaguars were followed by North Polk with 68 … END_OF_DOCUMENT_TOKEN_TO_BE_REPLACED 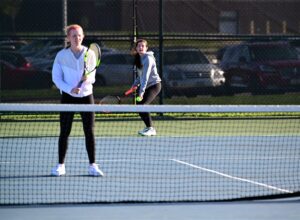 The Ankeny girls' tennis team ran into one of the state's top squads on Tuesday. Visiting Waukee, the No. 10 team in Class 2A, posted a 11-0 victory at the Prairie Ridge tennis courts. The Warriors improved to 2-0 on the season, while Ankeny's record dropped to 1-1. "I knew we had a tough matchup with Waukee as their top 10 players take lessons year … END_OF_DOCUMENT_TOKEN_TO_BE_REPLACED 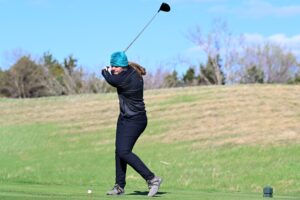 The Ankeny girls' golf team didn't have much time to celebrate its runner-up finish in the Ankeny Centennial Invitational on Monday. The Hawkettes were back on the golf course Tuesday afternoon, and they dropped a 187-204 decision to visiting Marshalltown in their CIML Iowa Conference opener at Otter Creek. "It was pretty tough out there today and … END_OF_DOCUMENT_TOKEN_TO_BE_REPLACED 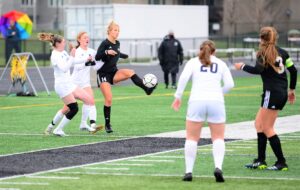 On paper, the Ankeny Centennial girls' soccer team appeared to be the underdog in Tuesday's game at Valley. The Jaguars responded with a 2-1 victory over an opponent that had won its first three games by a combined margin of 21-0. "It was a big win, and an important one as well," said Centennial coach Chris Allen. "It was an opportunity to kind of buy … END_OF_DOCUMENT_TOKEN_TO_BE_REPLACED 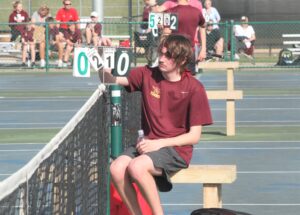 The level of competition went way up on Tuesday for the Ankeny boys' tennis team. It resulted in an 11-0 loss for the Hawks at Waukee. "It was not pretty for us," said Ankeny coach Ron Miller. "Their No. 4 doubles players could probably play No. 1 for us. They played strong and smart in a tough wind." The Warriors improved to 3-0 on the season. … END_OF_DOCUMENT_TOKEN_TO_BE_REPLACED