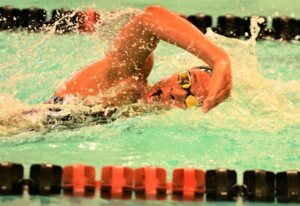 When the Ankeny girls' swimming program was launched in 1989, the Hawkettes suffered through some growing pains. Ankeny had three winless campaigns in its first seven seasons and went just 10-52 in dual meets through 1995. The Hawkettes had no state qualifiers in two of those years and placed no higher than 30th at the state meet during that … END_OF_DOCUMENT_TOKEN_TO_BE_REPLACED