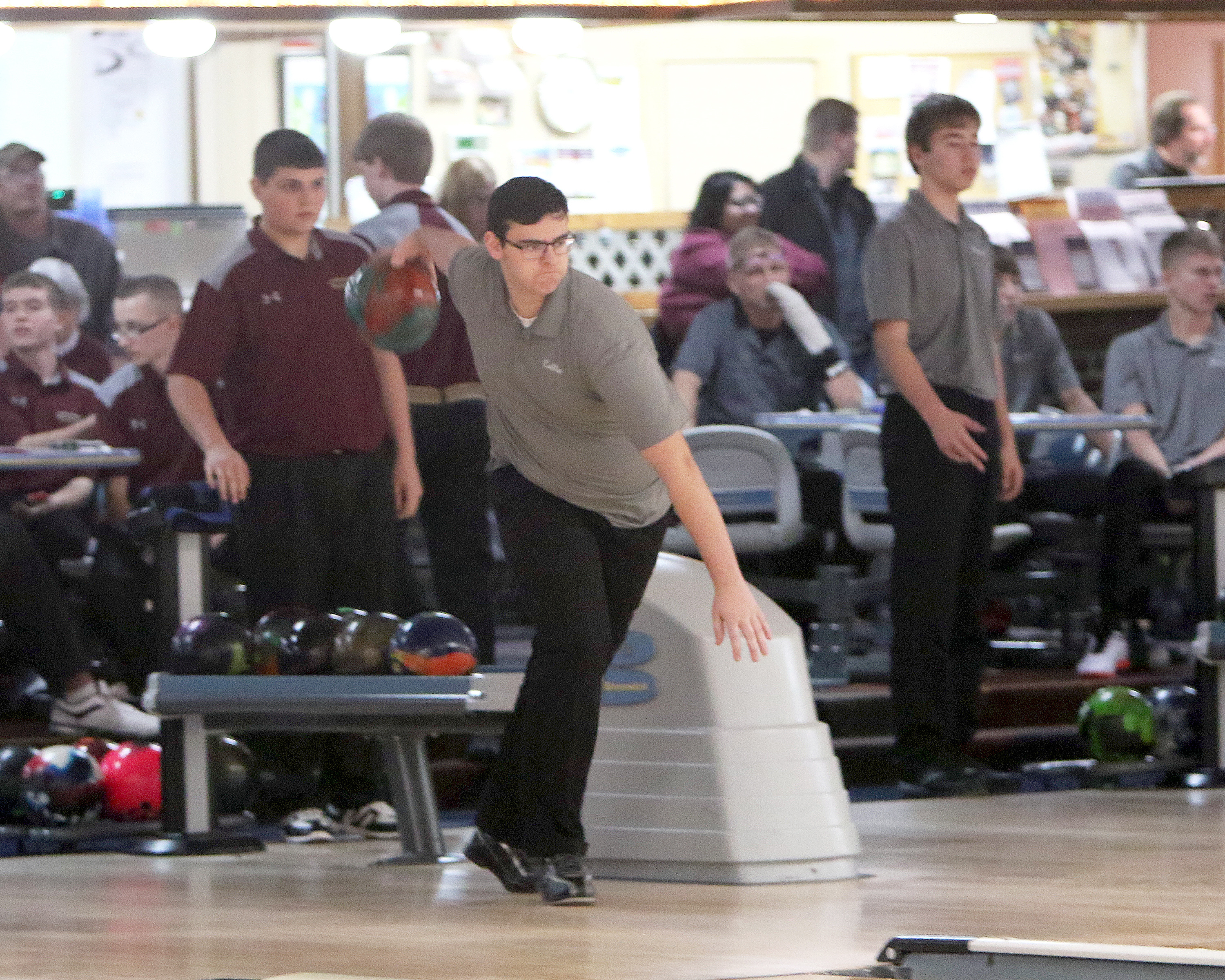 The Ankeny bowling teams tuned up for Thursday’s CIML Central Conference meet with strong performances on their Senior Night against Southeast Polk Tuesday at Great Escape.

Southeast Polk, which also uses Great Escape as its home bowling center, still managed to build a 39-pin lead after the individual rounds. The Rams (8-4) then closed the Baker round with scores of 217, 223 and 243 to seal the victory in the Central Conference matchup.

The loss dropped the Hawks’ records to 0-3 in the conference and 2-8 overall. Runyan, who was the team’s top scorer for the fourth time this season, was honored at the meet along with seven senior bowlers on the Ankeny girls’ squad.

“We are thankful for all eight seniors on the roster. Newcomers Nikki Ault, Emily Davis, Kora Kolln, Maddie Nielsen, Betsy Ridout and Marisa Smith brought tremendous energy and enthusiasm to our meets,” he added.

The Ankeny girls’ team lost a narrow decision to Southeast Polk, 2,424-2,414. The 10-pin margin was less than one-half of 1 percent of the total score.

“The girls challenged Southeast Polk to the wire in a heartbreaker,” Robidoux said. “Losing by just 10 pins is just two converted spares somewhere over the course of 180 total frames of a bowling match.”

Freshman Isabel Tetmeyer bowled back-to-back games of 201 and 211 to lead the Hawkettes with a 412 series. She was the team’s top scorer for the second straight meet.

The win improved Southeast Polk’s record to 9-3. The Hawkettes fell to 1-2 in the conference and 5-5 overall.

“We look forward to returning to Great Escape on Thursday when Ankeny hosts the conference meet with six top-15 teams out of eight competing,” Robidoux said. “There will be some excellent bowling.”