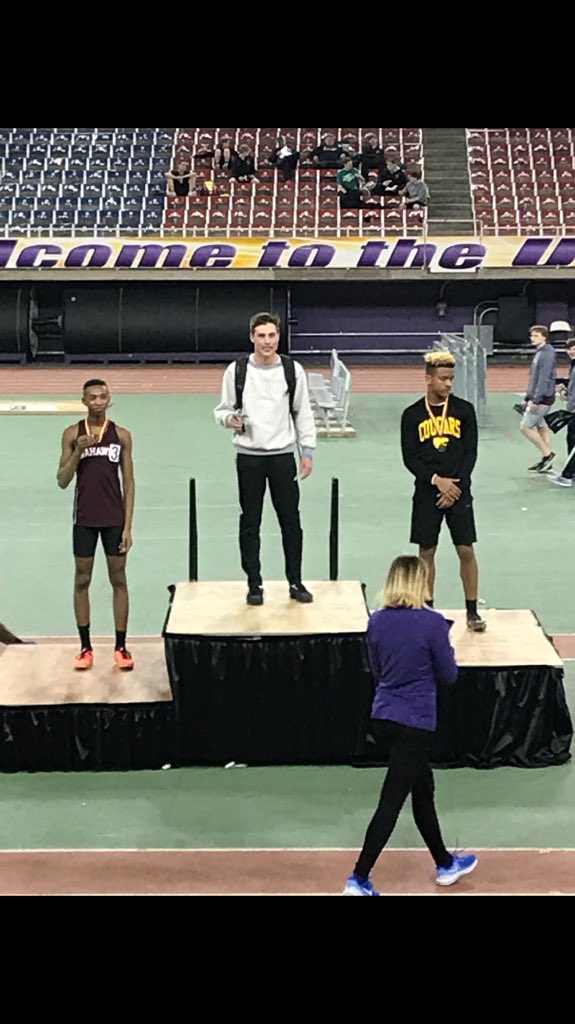 Riley Moss has some lofty expectations for the 2018 high school track season.

“I’ve set a goal to never lose a race for the high hurdles this year so we will see what happens when outdoor season comes along,” said Moss.

The Ankeny Centennial senior is off to a great start in the indoor season. He won the 60-meter hurdles in 8.11 seconds at the Dickinson Relays on Tuesday at the UNI-Dome in Cedar Falls.

Moss, the state runner-up a year ago in the Class 4A 110 hurdles, broke the school record.

“I’ve got the fastest 60-meter time in the state along with the 55-meter time, so it’s looking good,” Moss said.

Teammate Camden Cox also set a school record on Tuesday. He won the 1,600 in a time of 4:22.44, finishing about 4 seconds ahead of runner-up Myles Bach of Center Point-Urbana.

“I’ve put in a lot of work this winter, and I think it showed,” Cox said. “It was also nice to get in a great early season race against Bach, who is an outstanding runner.”

Those two marks cracked the school’s all-time top-five list. The Jaguars had five other top-five performances on the day.

“We had a good meet,” said Centennial coach Nate Smith.

Centennial placed sixth in the 4×200 relay in 1:34.68. It was the second-fastest indoor time in school history.