You are here: Home / Jaguars / Jaguars sweep Waukee, match school record for most wins in season 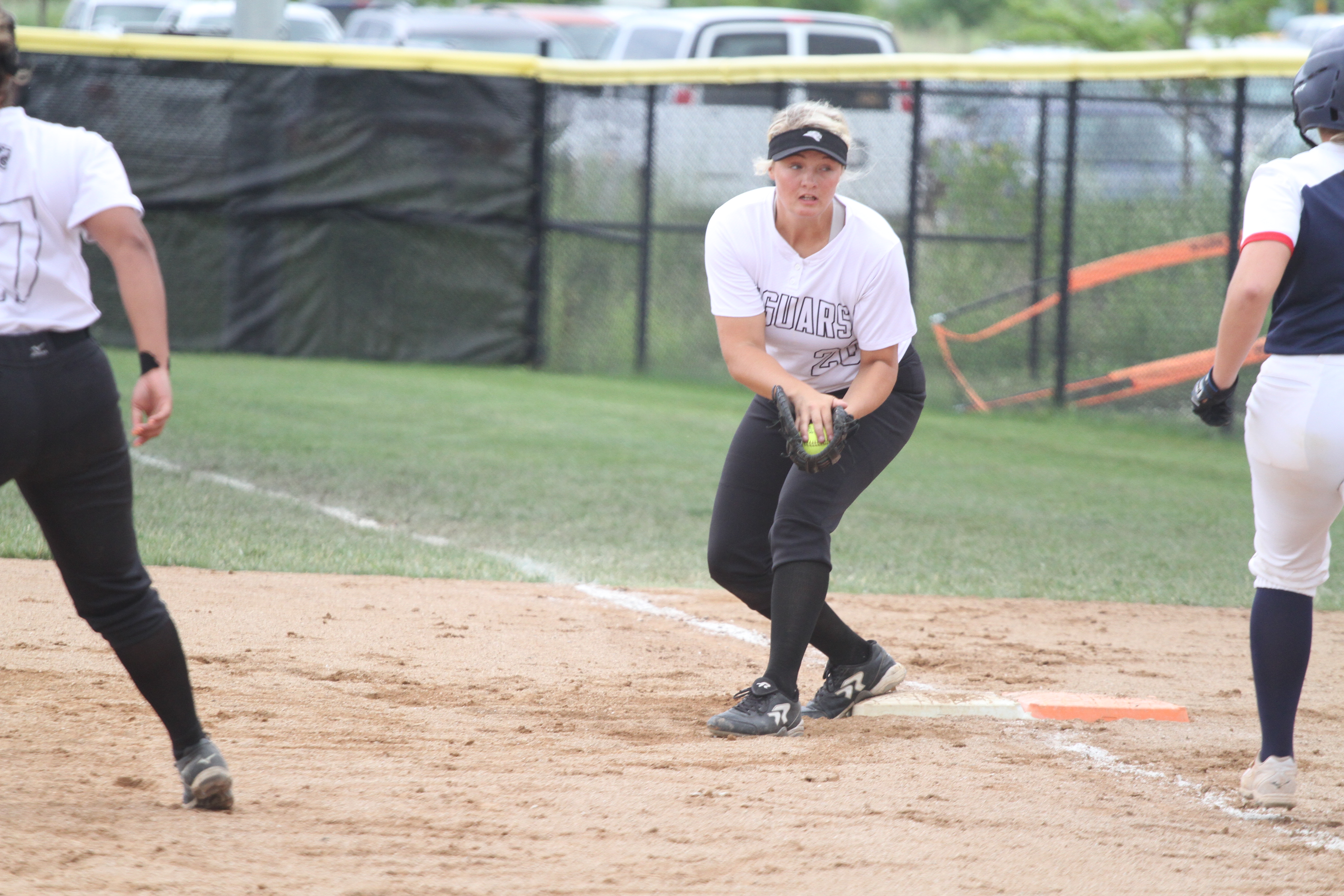 With a couple of huge wins on Monday, the Ankeny Centennial softball team now has a good chance to become the winningest squad in school history.

The Jaguars won both games of a doubleheader at 11th-ranked Waukee to raise their overall record to 24-15. They equaled the most wins ever by a Centennial team, matching the 2015 squad that finished with a 24-17 mark.

“We worked hard to get both of the wins,” said Centennial coach Randy Schneider. “The kids did a great job, and it was a great experience for us to just battle to the end of the game like that and to come away with a sweep.”

After posting a 7-5 victory in the opener, Centennial won the second game, 6-5, in 10 innings to complete a sweep of the season series. The Jaguars won the four games against Waukee by a total of six runs after entering the season with a seven-game losing streak in the series.

Centennial finished with a 9-10 record in the CIML Central Conference, while the Warriors dropped to 8-9 in the league and 25-11 overall. The sweep allowed the Jaguars to move into a tie with Waukee for fourth place in the conference, pending the Warriors’ make-up doubleheader at Ames on Tuesday.

Centennial scored the go-ahead run in the 10th inning of the nightcap when Chloe Peck doubled and was knocked in by Cassie Severson. Both Peck and Severson went 2-for-4 in the win.

“Peck was down in the count 0-2 and then she hit it to the fence and ends up scoring to win the ball game,” Schneider said. “In big-time situations, she comes through for us.”

Lauren Birt also went 2-for-4 and had one RBI for the Jaguars, who got a complete-game pitching performance from Karlie Kaiser. Kaiser (5-5) scattered 10 hits and four walks to keep Centennial in the game.

“Kaiser has really stepped up with some of our other pitchers injured,” Schneider said. “She throws three different speeds, and she was just getting one ground ball after another. We kept asking her if she wanted out (of the game), but she said she was good to go.”

In the opener, Centennial scored four runs in the fifth inning to erase Waukee’s 5-3 lead. Kayla Stone (7-4) then shut down the Warriors the rest of the way, finishing with a nine-hitter.

Stone, who did not allow any earned runs, needed only 83 pitches to get 21 outs. She walked none and had no strikeouts.

“Kayla pitched herself out of some tough jams, and we came up with some big hits,” Schneider said.

Severson went 2-for-2 and scored a run, while Franie Burnett went 2-for-4 and had one RBI. Haley Gatica hit a two-run homer, her third of the season.

“We just kept telling the kids, ‘Remember the feeling,'” Schneider said. “This is what it’s going to be like if we want to advance through regionals and go to state.”