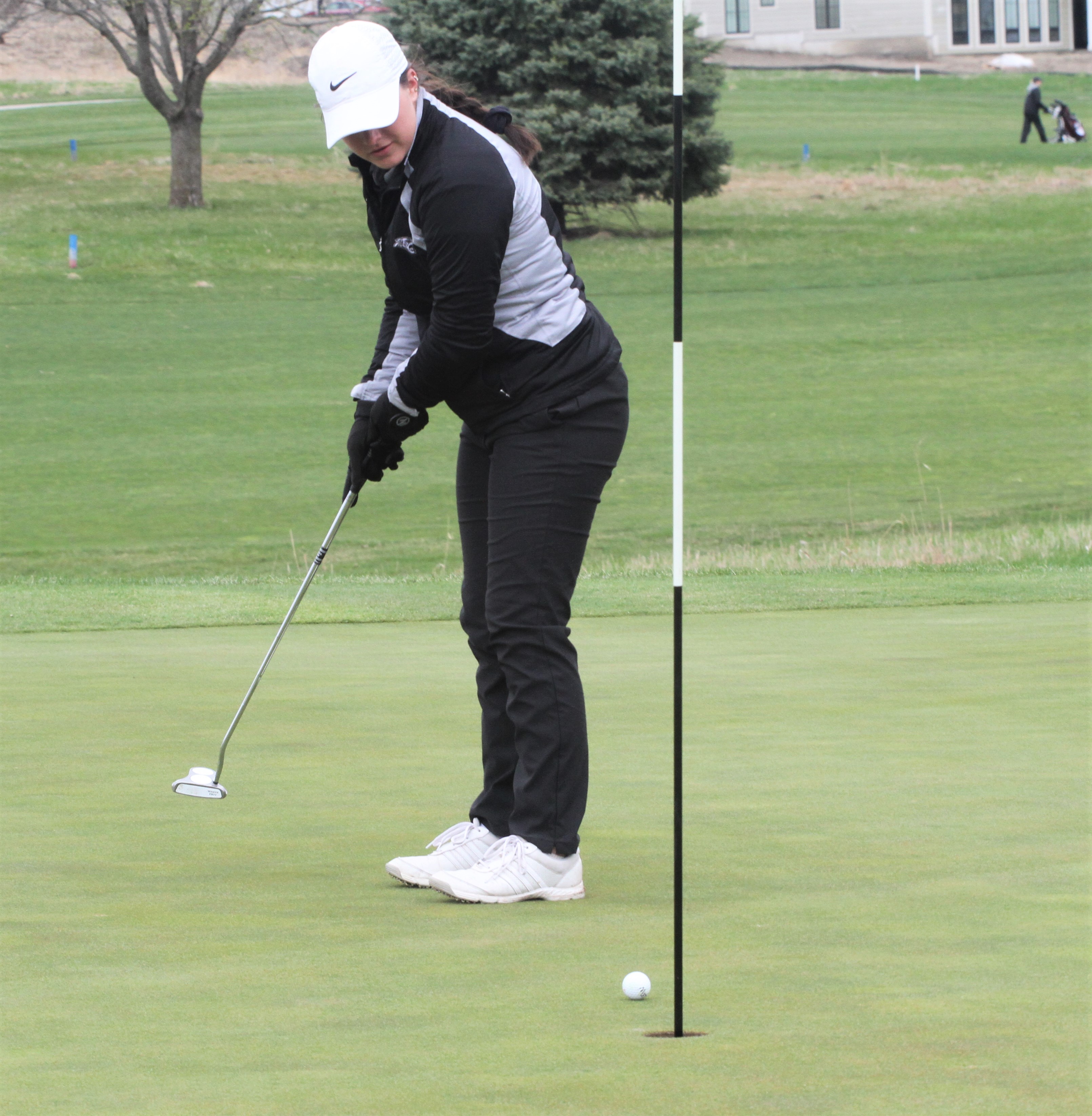 The Ankeny Centennial girls’ golf team shaved another 10 strokes off its season-best score on Monday in the Dragon Invitational at Jester Park.

The Jaguars placed third in the 10-team field with a 372. They continued their progress after shooting a 382 in the Linda Bloom Invitational on Thursday at Marshalltown.

“We were very pleased with our score,” said Centennial coach John Petersen. “Plus, we all agreed we still have a lot of room to improve.”

Lauren Sease carded an 8-over-par 80 to lead Centennial. She placed fifth as an individual.

Waukee’s Brooke Boardman carded a 69 to earn medalist honors. She finished one stroke ahead of Paige Hoffman of Valley.