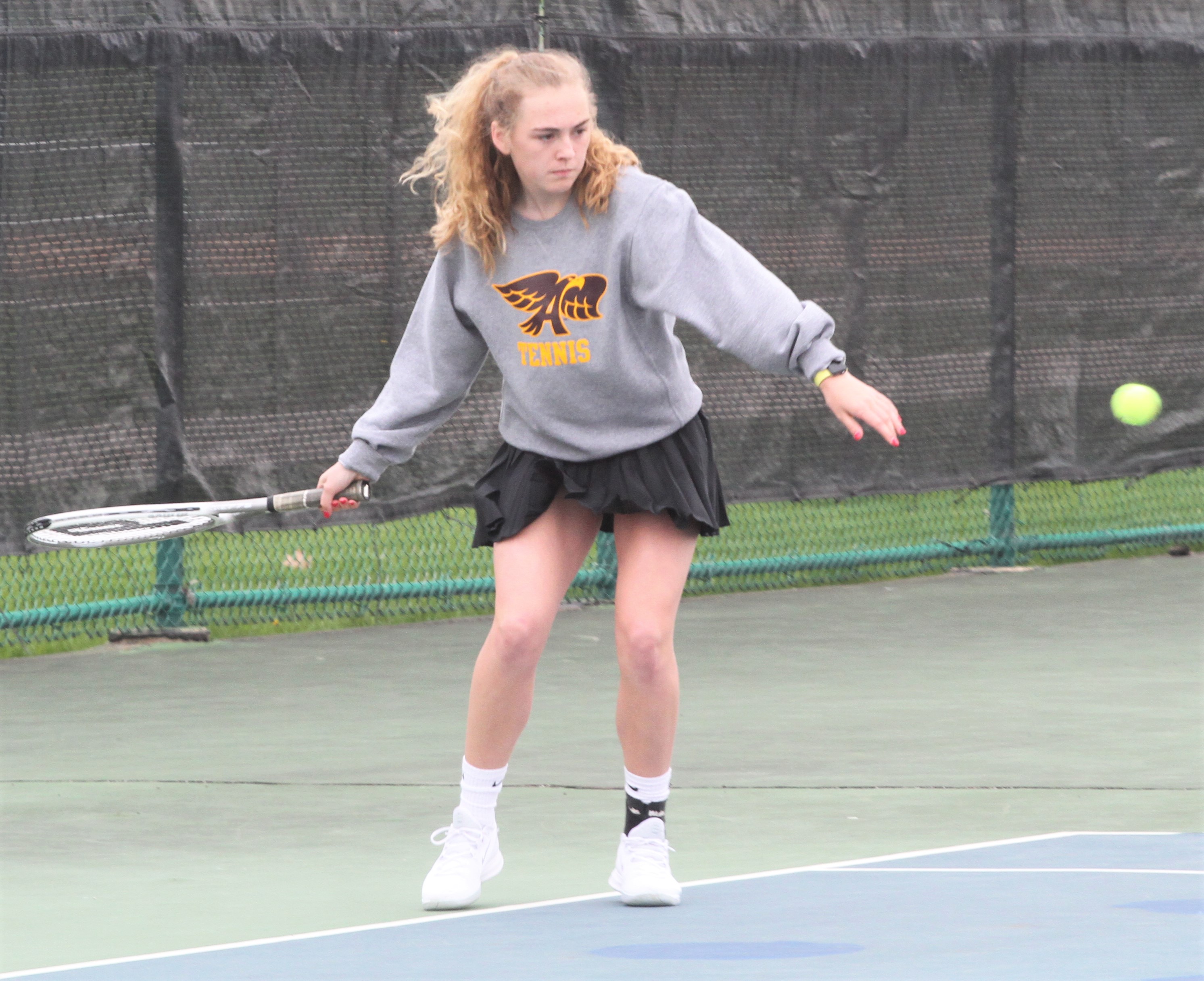 A long week for the Ankeny girls’ tennis team ended on a high note.

The Hawkettes hosted a quadrangular meet on Friday and defeated two of their three opponents. After posting 7-4 victories over Marshalltown and Des Moines Roosevelt, Ankeny dropped a 10-1 decision to Urbandale.

The Hawkettes avenged an earlier 8-3 loss at Marshalltown on April 23. They defeated the Roughriders for the second time this season.

The battle against Urbandale was also a rematch. The J-Hawks posted an 11-0 victory at Ankeny on April 15.

Still, Ankeny improved its record to 5-8 on the year. The Hawkettes were playing for the fourth time in five days after falling to Ankeny Centennial on Monday and Johnston on Wednesday before defeating Des Moines Hoover on Thursday.

“So proud of this group of girls!” Ankeny coach Katie Owens tweeted after the meet. “Fun day!”