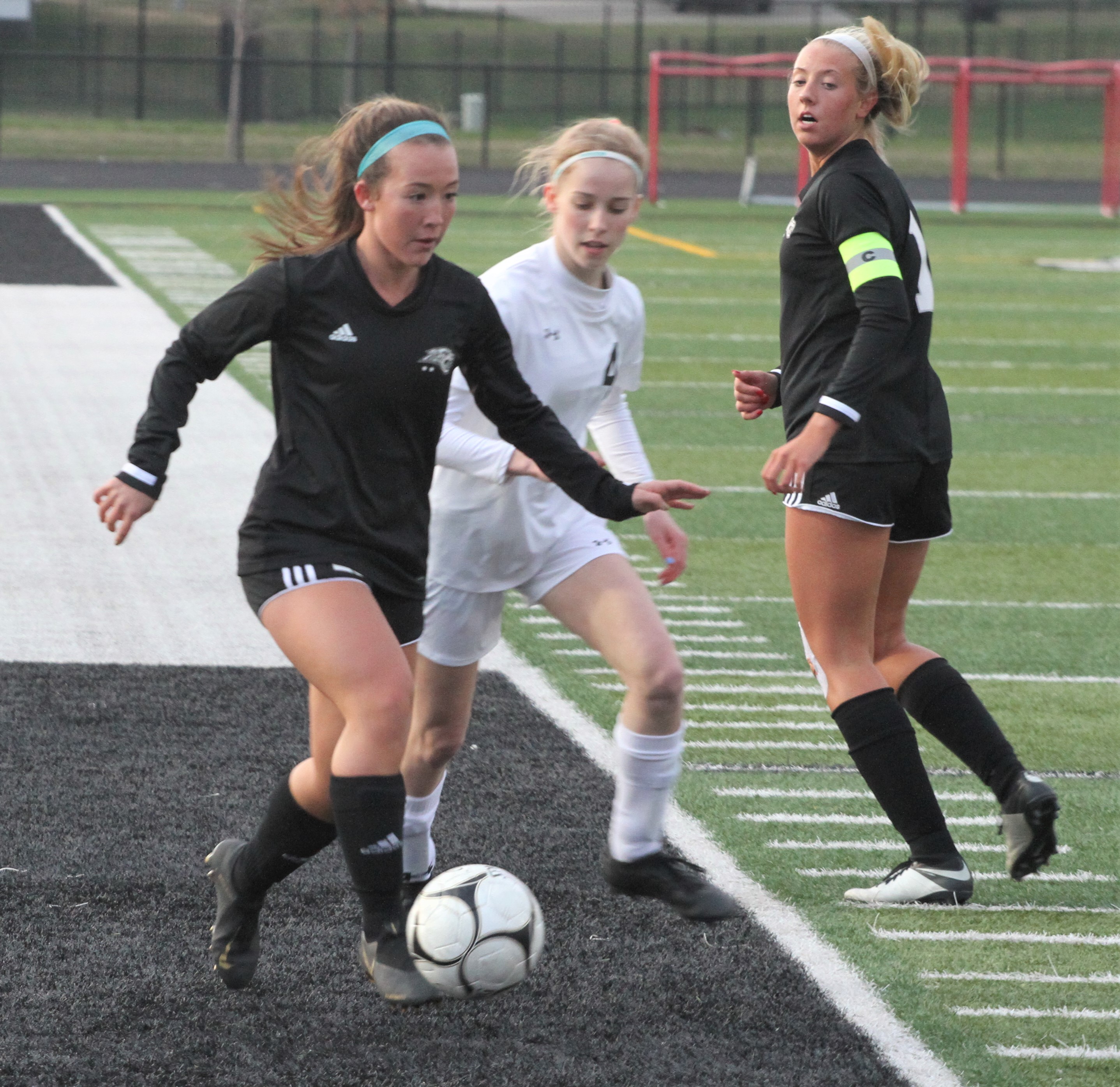 The Jaguars improved to 8-3 on the season. Hoover’s record fell to 1-7.

“I was pleased on our commitment to work on objectives that would develop our team rather than just scoring goal after goal but not really gaining much but a statistic from it,” said Centennial coach Chris Allen, whose team will host a showdown against No. 3 Ankeny on Tuesday. “We wanted to gain better opportunities in the box and problem-solve ways to do that. Eight of our nine goals were assisted, which speaks to the commitment to work together.”

Lizzy Johnson had a goal and two assists to lead the way for the Jaguars, who had lost to No. 1 Waukee and No. 5 Dowling Catholic in their previous two games.

“Lizzy did a nice job gaining more depth on her attacks,” Allen said.

“Both of her goals came off of quality positioning in the box,” Allen said.

Grace Meador had a goal and an assist in the win. Miranda Wood scored the team’s other goal, while Carlie Jensen, Elizabeth Overberg and Meghan White each contributed an assist.