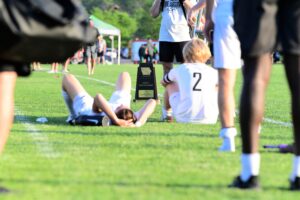 An epic battle between two CIML boys' soccer rivals ended on Tuesday with a shootout in the quarterfinals of the Class 3A state tournament at Cownie Soccer Park. In the end, James Beaty delivered the game-winning kick to give fourth-ranked Valley a 1-0 victory over No. 6 Ankeny Centennial before a large crowd on Field 8. "I'm super proud of the boys," … END_OF_DOCUMENT_TOKEN_TO_BE_REPLACED