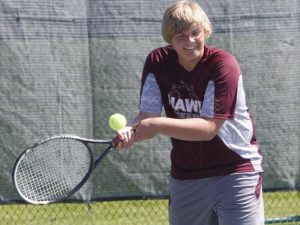 The Ankeny boys' tennis program has gradually improved since the split into two high schools five years ago. After going winless in 2014 and 2015, the Hawks posted three victories in 2016 before finishing with a 6-6 record last year, including a 2-3 mark in the CIML Central Conference. Six varsity regulars are back for coach Randy Daniels, who was named … END_OF_DOCUMENT_TOKEN_TO_BE_REPLACED