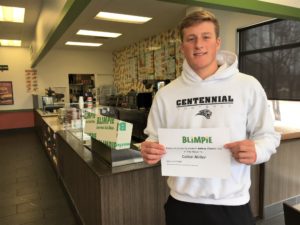 Senior punter Callan Miller helped the Ankeny Centennial football team to an 8-2 record this season. Miller averaged 37.0 yards on 28 attempts. His longest punt of the year traveled 76 yards. Miller was named to the Class 4A District 2 second team. He was also the recipient of the team's "Oil Can Award" at the Jaguars' banquet on … END_OF_DOCUMENT_TOKEN_TO_BE_REPLACED