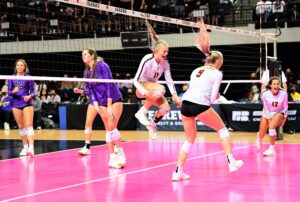 When Dave Whims came out of retirement in 2019 to coach the Ankeny volleyball team once again, he thought the Hawkettes had the potential to eventually win another state championship. It happened faster than he expected. Second-ranked Ankeny defeated No. 5 Iowa City Liberty in four sets to capture the Class 5A title on Thursday at the Alliant Energy … END_OF_DOCUMENT_TOKEN_TO_BE_REPLACED