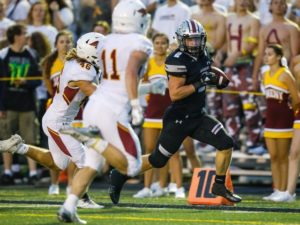 Jensen Gates celebrated his birthday by going to Jethro's on Wednesday night. Gates, who turned 18 years old on Thursday, had another reason to celebrate. The Ankeny Centennial running back verbally committed earlier this week to play football for Grand View. He announced his decision via Twitter on Tuesday night. "Excited to announce my commitment … END_OF_DOCUMENT_TOKEN_TO_BE_REPLACED