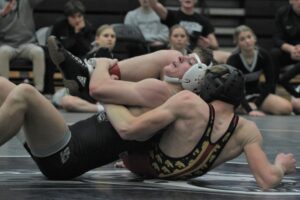 Senior Drew Dunn is one of six returning state qualifiers for the Ankeny Centennial wrestling team. He posted a 20-17 record last year at 132 pounds. Dunn, who was 10th at 145 in the Class 3A preseason rankings by IAWrestle.com, has helped his team to a 5-0 dual mark this season. The Jaguars won the Centennial Duals on Saturday for the fifth straight … END_OF_DOCUMENT_TOKEN_TO_BE_REPLACED