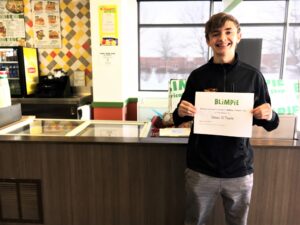 Isaac O'Toole is a member of the Ankeny wrestling team. He helped the Hawks to an 11-6 dual-meet record this season. "Isaac puts the team first," said Ankeny coach Jack Wignall. "He’s a 106-pounder that wrestled 113, but also bumped up to wrestle 120…and he only weighs about 112. Whatever we asked from him, the answer was always, 'Yes!'. "He … END_OF_DOCUMENT_TOKEN_TO_BE_REPLACED