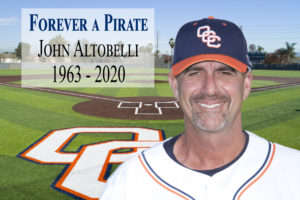 The helicopter crash that killed NBA legend Kobe Bryant as well as eight other people sent shock waves across the country on Jan. 26. The tragedy struck closer to home for J.T. Sampson than most Americans. Sampson, a former Ankeny catcher, once played for Orange Coast College baseball coach John Altobelli, who was among the victims along with his wife … END_OF_DOCUMENT_TOKEN_TO_BE_REPLACED