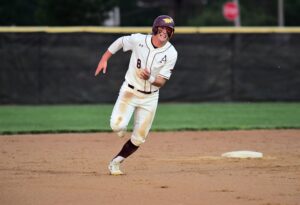 Earlier this week, Ankeny Fanatic announced the first of three teams that comprise the all-time Ankeny baseball team--the 12 players on the third team. Today, we are announcing the second team. The first team will be unveiled by the end of the week. Ankeny Centennial coach Mark Hey coached several of the players on the second team during his tenure as … END_OF_DOCUMENT_TOKEN_TO_BE_REPLACED