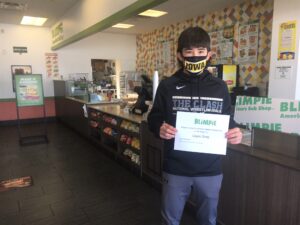 Sophomore Logan Song is a member of the Ankeny Centennial wrestling team. He has helped the Jaguars to a 10-5 record. Song filled in at 138 pounds earlier this season when eighth-ranked teammate Jackson Helmkamp was out with an injury. He posted an 11-1 major decision over Ames' Jordan Corrieri to help the Jaguars to a 57-24 victory on Dec. 22 at … END_OF_DOCUMENT_TOKEN_TO_BE_REPLACED