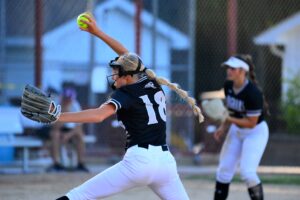 Another Ankeny Centennial softball pitcher has made her college plans. This one will be reuniting with a former teammate. Maggie Fisher has committed to play for Morningside University in Sioux City. She announced her decision via Twitter on Friday. "I'm so excited and so blessed to announce my commitment to further my academic and softball careers … END_OF_DOCUMENT_TOKEN_TO_BE_REPLACED