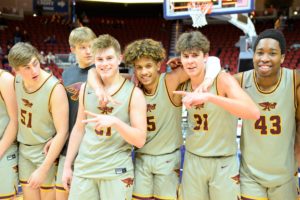 Iowa City West's Marcus Morgan thought his team had a solid defensive strategy to slow down Ankeny's Braxton Bayless. He quickly discovered that the plan was fruitless. Bayless poured in a career-high 41 points, including 17-of-19 free throws, to lead the sixth-seeded Hawks to a 68-54 victory over No. 3 Iowa City West in the Class 4A quarterfinals of … END_OF_DOCUMENT_TOKEN_TO_BE_REPLACED