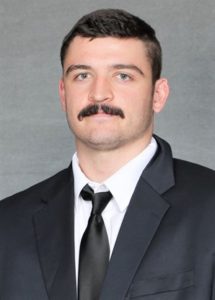 When Max Dahm was a member of the Ankeny Centennial football team, the Jaguars came within two victories of claiming a state title in both 2016 and 2017. As a redshirt freshman on this year's Minnesota State Mankato squad, Dahm nearly captured a national championship. The Mavericks advanced to the NCAA Division II title game before falling to West … END_OF_DOCUMENT_TOKEN_TO_BE_REPLACED