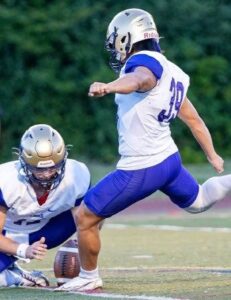 Former Ankeny Centennial place-kicker Scott Talmadge has been named the American Rivers Conference Special Teams Player of the Week for the second time in his career. Talmadge, a sophomore, was a perfect 7-for-7 on PAT attempts to help Loras College to a 49-31 victory over Nebraska Wesleyan in its home opener on Saturday. Those seven makes now rank as the … END_OF_DOCUMENT_TOKEN_TO_BE_REPLACED 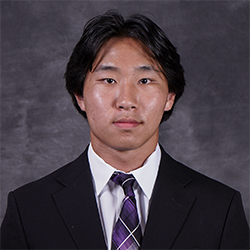 Former Ankeny Centennial place-kicker Scott Talmadge and former Ankeny quarterback Blaine Hawkins have been honored by the American Rivers Conference for their performances on Saturday. Talmadge, a freshman at Loras College, was named the football special teams player of the week. He made all three of his field-goal attempts--two of them from 36 yards … END_OF_DOCUMENT_TOKEN_TO_BE_REPLACED 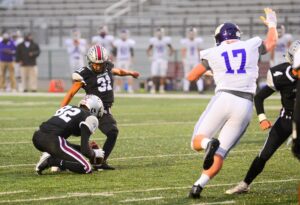 Ankeny Centennial place-kicker Scott Talmadge is going from the Central Iowa Metropolitan League to the American Rivers Conference. Talmadge has verbally committed to play football at NCAA Division III Loras College in Dubuque. He announced his decision via Twitter on Wednesday. "I'm extremely excited to announce that I will be committing to Loras … END_OF_DOCUMENT_TOKEN_TO_BE_REPLACED

Sophomore Scott Talmadge is a member of the Ankeny Centennial wrestling team. Talmadge has helped the Jaguars to a 17-0 record and a No. 3 ranking in Class 3A according to the Iowa Wrestling Coaches Association dual rankings. "Scott has done a great job filling in at 126 pounds and has wrestled tough and worked hard to overcome an early season … END_OF_DOCUMENT_TOKEN_TO_BE_REPLACED